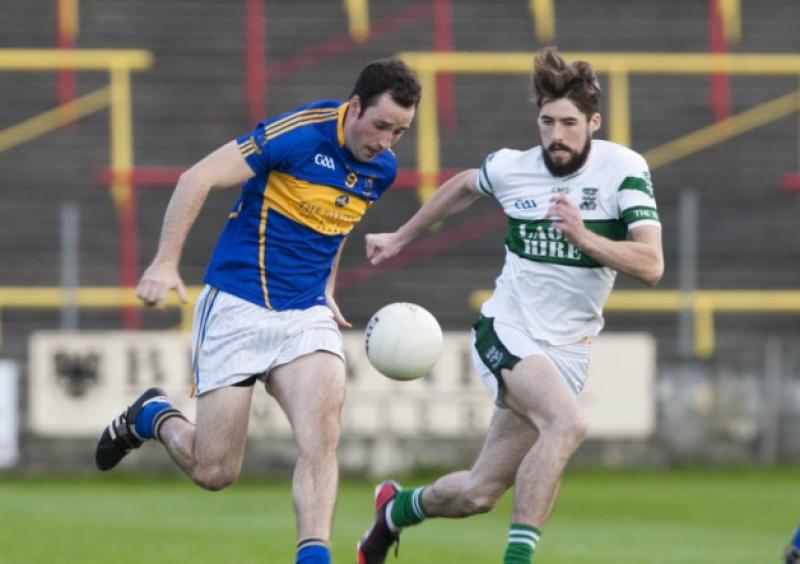 Conor Meredith got one of the O'Dempsey's goals.

League champions O’Dempsey’s will once again do battle with St Joseph’s after they overcame Portlaoise by four points in Rathleague on Monday evening.

Conor Dunphy opened the scoring for Portlaoise, but O’Dempsey’s hit back with 1-2, Michael Finlay and Mark Barry pointing, before Eoin Finlay got on the end of a high ball.

However, the home team struck for two goals before the interval, with Brian McCormack getting the first, and setting up the second, which Kevin Fitzpatrick claimed. Portlaoise held a 2-5 to 1-7 lead at the break.

Portlaoise looked on top for the first couple of minutes of the second half, but they would only manage two late points as O’Dempsey’s dominated the rest of the half.

Michael Finlay, Matthew Finlay and Barry Kelly pointed to level the game, before Michael Finlay was hauled down by Michael Nolan in the square. Conor Meredith dispatched the penalty to send O’Dempsey’s back in front.