Victory for The Heath sees Stradbally relegated from ACFL Division 1A 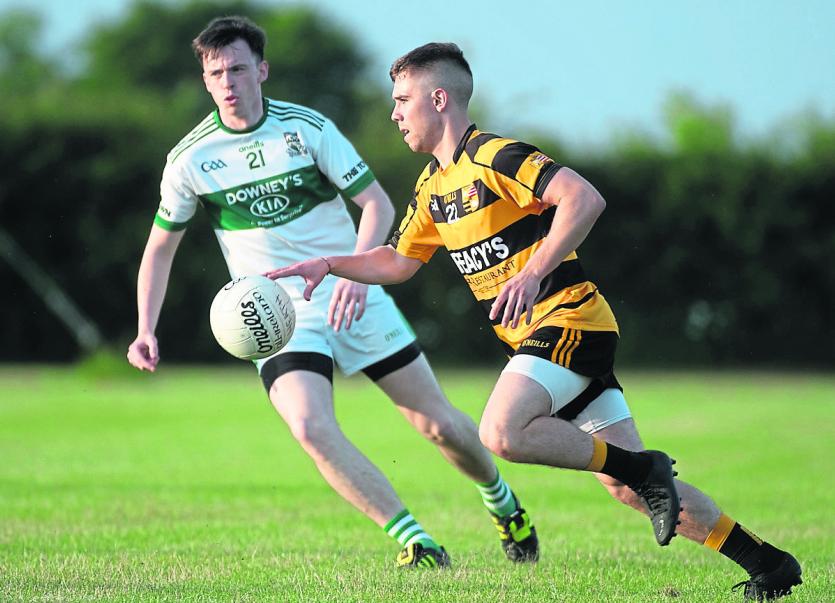 Evin Keane top-scored with 1-7 for The Heath.

The Heath rounded off their league campaign by beating their local rivals Stradbally, a result which relegated Barney Maher's side in the process. Evin Keane was once again The Heath's main man, helping himself to 1-7.

The first score of the game came from a Colm Kelly free after good work from Tom Shiel, who was fouled. Evin Keane responded with a free of his own to put the sides level for the first time. Brian Ging and Jack Deegan exchanged points to leave the sides level again.

Keane added another after a good save from Wayne Comerford from an Andrew Booth effort. Keane then added to his tally to put The Heath two points up.

After a patient build up from Stradbally, Kelly added another to put one between the teams. The Heath then started to dominate the game and reeled off three points with James Phelan and Keane adding another two scores. Stradbally finished the half strongly with Shiel and Kelly putting the minimum between the sides at 0-8 to 0-7 at half time

Conor Delaney levelled matters in the 32nd minute, then points from Booth and Mark Dunne put The Heath back ahead by a point. Stradbally then went route one and it worked well to a degree, Darragh Mulhall breaking the ball down with Kelly scoring two and Shiel adding another to put Stradbally in the lead.

The Heath then found another gear with Robbie Dowling swinging over a nice point. Then Bring Ging ran through the middle after a poor kickout from Comerford and got the first goal of the game. The second goal came soon after as Keane broke through the defence and rattled the back of the net to put The Heath seven up.

Darragh Mulhall pulled a goal back for Stradbally, and they had further chances but JP Nerney denied them with two great saves.

The Heath then finished the game off with two minutes to go with a goal from Andrew Booth and a point for Robbie Dowling to finish off Stradbally, relegating them in the process.