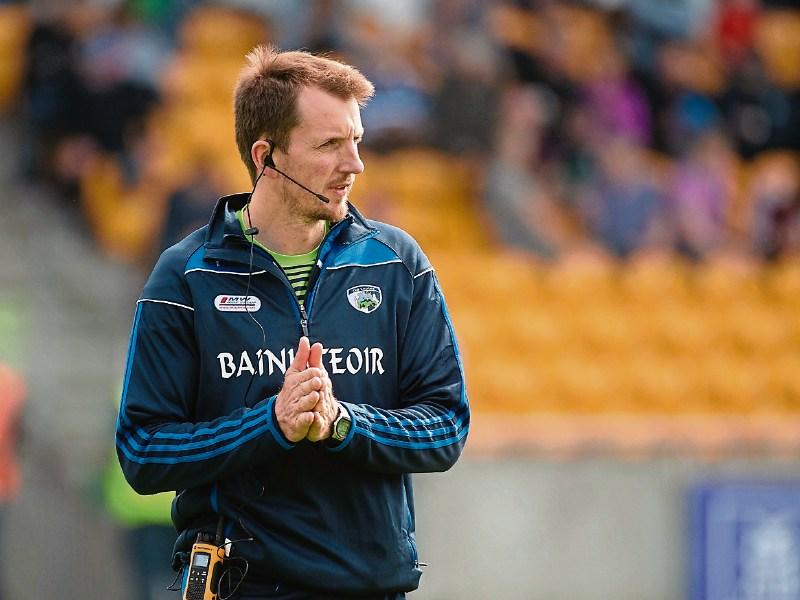 Laois manager John Sugrue hit out at the critics of his Laois squad after Sunday's loss to Monaghan in the All-Ireland Qualifiers.

Sugrue was left to rue a missed opportunity against Monaghan, after a poor first half display ultimately cost Laois. The O'Moore men looked dead and buried for much of the first half, but fought back superbly after half time and got within four of Monaghan late in the game.

They would get no closer than that, and for Sugrue, he was left to ponder on what could have been as his side struggled to cope with the jump in standard against a Division 1 team. “We've come up against teams of our own ability, to a great degree, and then you have a big step up, and you have to recognise that there is a big step up there.

“Maybe it's a lack of bravery on our behalf as a management team not to just go orthodox and play toe-to-toe with teams. We decided to be a small bit more conservative and play a sweeper at the back, and it just didn't seem to add to our intensity at all today.

“It was a disappointing first half, but the boys played it out, and you have to give them credit for that.”

I definitely don't think it helped us later on in the year, with regard to the pace of football being played.

Overall though, the year has been a great success, with the team contesting two finals and almost making the Super 8's. As Sugrue reflected on the season just gone, he felt the early days in the lower reaches of the league ultimately cost them. “It's been ok, we started in Division 4, and while it gave us momentum early on, I definitely don't think it helped us later on in the year, with regard to the pace of football being played.

“Even our pace of thought at times, under pressure in some of the games, was a small bit off, but that's what happens and that's what you've got to deal with. Our fellas have had a good lick off of two Division 1 teams now, and unfortunately we don't get to go out on the pitch again shortly.

“Those guys are going to have to keep that in their head, and they've got something to work towards now.”

Sugrue also paid tribute to the players for their attitude in 2018, having felt they shipped unfair criticism in the past. “These fellas, I think they have gotten knocked down in the past for various things, and I don't think there is any truth, or any reality, to what they have been criticised for.

“There was difference in the standard in the first half there today and we struggled to get to grips with the game early on. We were out for two weeks, and the last day out wasn't necessarily a very positive one, so you just wonder what kind of scar tissue we took into that game there today.”

To be fair to Graham Brody, another outstanding day out by that man, he's shown his quality throughout the year

Monaghan built their early lead on the back of some superb first half scores, but Sugrue was quick to praise goalkeeper Graham Brody for denying them a goal. “Yeah they were clinical today to be fair, in the second half they probably slackened a small bit.

“They were clinical today, bar goals, and to be fair to Graham Brody, another outstanding day out by that man, he's shown his quality throughout the year under various situations where a lot of pressure has been on our defence, but maybe that's a strength of ours.

“We have a man back there that's capable of doing these things, and we have defenders who are capable of defending relatively well. We'll cough up a couple of goal chances, but we're well able to deal with them too.”

Sugrue also hit out at some of his team's detractors, after they were completely written off at various stages this year, including prior to the Monaghan game. “Ultimately, you'd like to get to the 8's. Lots of people out there have, to some degree, written and spoken a lot of verbal diarrhoea about this team, even throughout the year, even while we are making progress, and haven't necessarily respected us for what we are trying to do.

“Some people ranked us 12 out of 12 in the Qualifiers, the twelfth team out of the twelve competing. I think some of those individuals need to look at themselves, and need to look at how interested are they in football, and how much football are they watching, and how much knowledge do they have about the current set up of football in the country.

“Our boys are able to play football, we're not twelfth of the twelve remaining, as it stood going into this weekend, we were definitely not twelve out of twelve.”

For now, however, Sugrue has only a couple of immediate plans. “I'm looking forward to maybe progressing some of those individuals thoughts a bit further if we get another term. There's lots of things hinges on that, that's for a different day. My term is up as it is right now, and that's another day's work.”