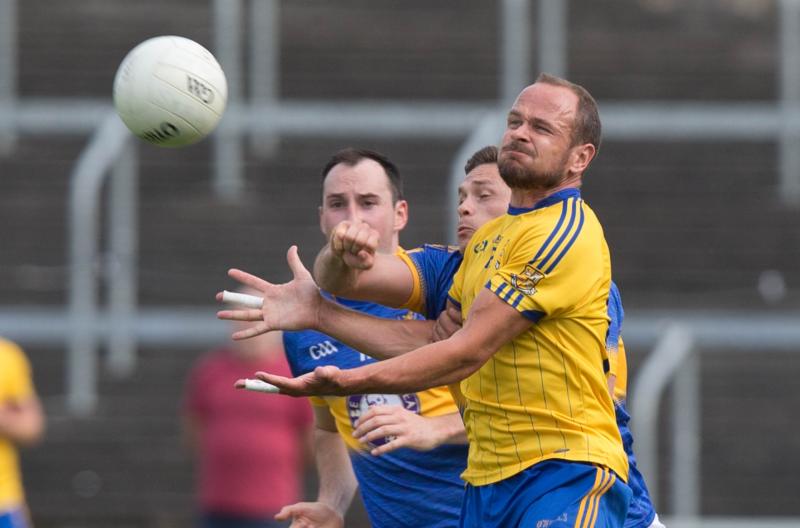 The Killenard men hit the front early on, and despite a couple of small scares along the way, they were deserving winners at the final whistle.

St Joseph's may have had the better record during the league, but it was O'Dempsey's who settled the quicker of the two sides. Míchael Finlay opened the scoring in the fourth minute after good work from Matthew Finlay, and the latter then pointed a free to double the lead.

Mark Barry made it three in a row for O'Dempsey's after that, and St Joseph's were struggling to find any sort of form or fluency early on.

They were almost hit with a sucker-punch goal after that, when O'Dempsey's broke from deep thanks to a lung-busting run from Conor Meredith. The move ended with Peter O'Leary unleashing a powerful shot, but it bounced back off the crossbar and Joseph's survived.

The Kellyville men finally opened their account in the 11th minute thanks to James Kelly, and a Brian Daly free moments later had them back within one. O'Dempsey's wasted no time in responding, as Matthew Finlay rounded off a quick move by pointing from close range.

Barry Kelly added another and then Mark Barry curled one over off his right foot, and O'Demspey's had pushing themselves into a four point lead, 0-6 to 0-2.

St Joseph's had their best period of the half after that, as they went on a run of four points without reply to draw level. Dylan Doyle bookended that run with two points, as Brian Daly (free) and Mattie Campion also got in on the act to see the scores level at 0-6 each after 24 minutes.

O'Dempsey's had been scoring in clusters throughout the half, and that how his opening period finished, with another burst of scores from the Killenard men. Matthew Finlay got his third point of the half, and sub Eoin Finlay got another within 30 seconds.

Then, in injury time, Míchael Finaly was unceremoniously pulled down in the square by Adam Campion. Conor Meredith stepped up to take it, and he calmly rolled it to the net to see O'Dempsey's lead 1-8 to 0-6 at the break.

Things got even better for O'Dempsey's on the restart when Mark Barry was fouled and then tapped over a the free to send them six clear, but St Joseph's fought back well.

Mattie Campion landed a super score from out on the left wing, and Joseph's then punished sloppy O'Dempsey's defending by landing another score through Michael Keogh. Brian Daly then played a quick one-two with Michael Keogh from a left-wing free to slot over his first from play, and then another Mattie Campion score had the gap down to just two points.

Míchael Finlay finally responded for O'Dempsey's, as he tapped over from close range after over ten minutes with out a score. Peter O'Leary and Dan McCormack quickly added further scores, and they were now five clear once again, 1-12 to 0-10.

Both teams traded points for a spell after that, as St Joseph's struggled to make significant inroads into the O'Dempsey's lead. A Tom Kelly point from close range had four between them, 1-14 to 0-13, heading into the last five minutes.

St Joseph's needed a strong finish to the game, but O'Dempsey's were just too good for them on the night, as they controlled the closing stages of the game and ran out comfortable six point winners.