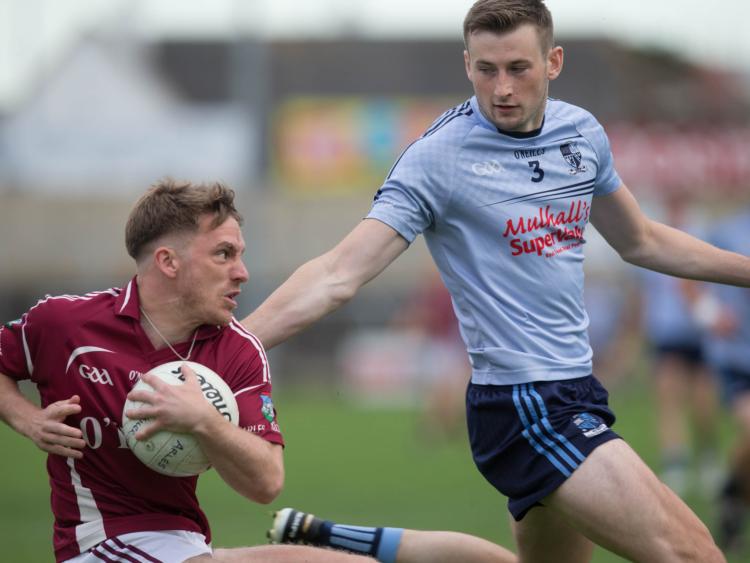 Ballyroan Abbey are Laois ACFL Division 1B champions as a stunning first-half goal from Diarmuid Whelan proved to be the difference against Arles-Kilcruise.

In a disappointing game overall, Whelan's stunning strike just before half time gave Ballyroan Abbey a decisive advantage which they never relinquished.

This game was a bit of a slow burner, with the first score not arriving until the fifth minute. It came from a placed ball, as Diarmuid Whelan slotted over a free from the left side.

Arles-Kilcruise took their time to respond, but when the score arrived it was worth the wait. Ross Munnelly shipped a few tackles 30 yards out from goal before jinking onto his left foot and stroking over a lovely point.

Less than a minute later Kilcruise were in front, as captain Fran Egan landed a brilliant point from the left wing which just about made it over the bar, landing on the top of the net.

Eight minutes would pass before Ballyroan Abbey mustered an equaliser, and it came from wing-back Jamie Whelan, who pointed from 25 yards. Kilcruise re-took the lead moments later though, as PJ Lawlor palmed the ball over the bar from close range.

Again it was up to Ballyroan Abbey to respond, and it came from midfielder Shaun Murphy. A Ballyroan free landed just short and Kilcruise 'keeper Colm Munnelly came to collect, but palmed the ball into the hands of Murphy, who quickly fired it back over the bar.

The only moment of real quality in the first half arrived next, and what a moment it was. Ballyroan Abbey's Laois U-20 forward Diarmuid Whelan hit the afterburners and raced through on the Kilcruise goal before unleashing an unstoppable shot which flew into the top corner.

Ross Munnelly responded with a free for Kilcruise, but at half time it was advantage Ballyroan Abbey, as they held a 1-3 to 0-4 lead.

Overall the first half had been fairly poor fare, and sadly the second half didn't start off much better. Diarmuid Whelan was doing his best to brighten it up a bit however with a point fro 30 yards out, and he landed one from nearly 40 yards a few minutes later.

Arles-Kilcruise didn't get their first score of the half until the 40th minute, when Ross Munnelly landed a free, and the pace of the game finally started to pick up after that.

A sweeping Ballyroan Abbey move down the left wing ended with Scott Conroy pointing from close range. Less than a minute later Kilcruise had their response, as Ross Munnelly landed his fourth point of the game with a score from the left wing.

His fifth soon followed as he landed one off his right foot, but Padraig McMahon released some of the pressure with a point for Ballyroan Abbey. However, another Munnelly point, his sixth of the game, meant the goal was all that separated them going into the last ten minutes, 1-8 to 0-8.

Arles-Kilcruise then had a glorious chance to draw level when Ross Munnelly was hauled down in the area. Ross took the resulting kick, and despite sending Paudie McDonald the wrong way, he dragged his shot wide of the post.

Moments later, Shaun Murphy landed a superb point from distance, and instead of being level, Kilcruise were now four behind with time running out.

Arles-Kilcruise tried their hardest to reduce the gap, but they never got any real clearcut goal chances, and Ballyroan Abbey ran out deserving winners.