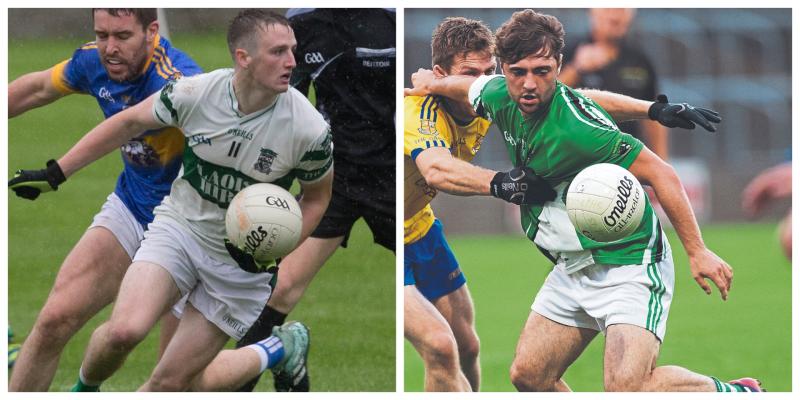 Portlaoise were too strong for Ballyfin.

Portlaoise saw off the challenge of a determined Ballyfin Gaels side in O'Moore Park on Saturday night to begin the defence of their title on a winning note.

Ballyfin Gaels got off to the worst possible start, as they were picking the ball out of their own net within a minute of throw in. Robbie Foran got caught out out of his goal and Portlaoise quickly worked the ball to Gareth Dillon, who blasted to the net.

Ballyfin Gaels looked done and dusted already, but a James Moore free in the ninth minute finally got them up and running. Ben Conroy then curled over one off his left, and a bit of confidence started to come back to them.

Bruno McCormack replied for Portlaoise with a point, but Ballyfin Gaels had their best moment of the half after that. Ricky Quillinan accelerated away down the right wing and the Portlaoise defence parted like the Red Sea in front of him. He took the ball the edge of the area, where he offloaded to James Moore, and he slipped the ball under Graham Brody for an excellent goal.

There was now just two points separating the sides, but Portlaoise took the setback in their stride, and responded with three unanswered points from Cahillane (2) and Boyle.

James Moore then pointed either side of a Scott Lawless score as Ballyfin Gaels were hanging on in the half, but Portlaoise then finished strong.

Bruno McCormack got a sight of goal from 12 yards out and he made no mistake with a powerful shot. It was all Portlaoise from there to the half-time whistle, as Paul Cahillane pointed a couple of frees, Scott Lawless got his second and Chris Finn added one from the right wing to see Portlaoise lead 2-12 to 1-4 at half time.

The second half started with Portlaoise back on top, Cahillane pointing within seconds of the throw in. Portlaoise were almost in auto pilot after that, picking off scores at their ease but never really looking like they were exerting maximum effort.

The game needed something to spark it back into life, and Ballyfin Gaels duly provided it. Ben Conroy got possession on the left wing, and with Kieran Lillis giving chase, a couple of dummies saw Lillis lose his footing and Conroy was away.

He sprinted through on goal and fed Louis Duff, and rather than go for his own score, he passed across the area to James Finn, who steadied himself and scored a wonderful goal.

The Portlaoise response was swift, as Bruno McCormack and David Holland both saw goal chances fly just over the crossbar.

Portlaoise were still comfortably ahead at this stage, but credit to Ballyfin Gaels they battled like demons right to the bitter end, and a closer final scoreline wouldn't have done them a disservice.

In the end, however, it was a deserved victory for Portlaoise, with Craig Rogers late goal adding gloss to the scoreboard.