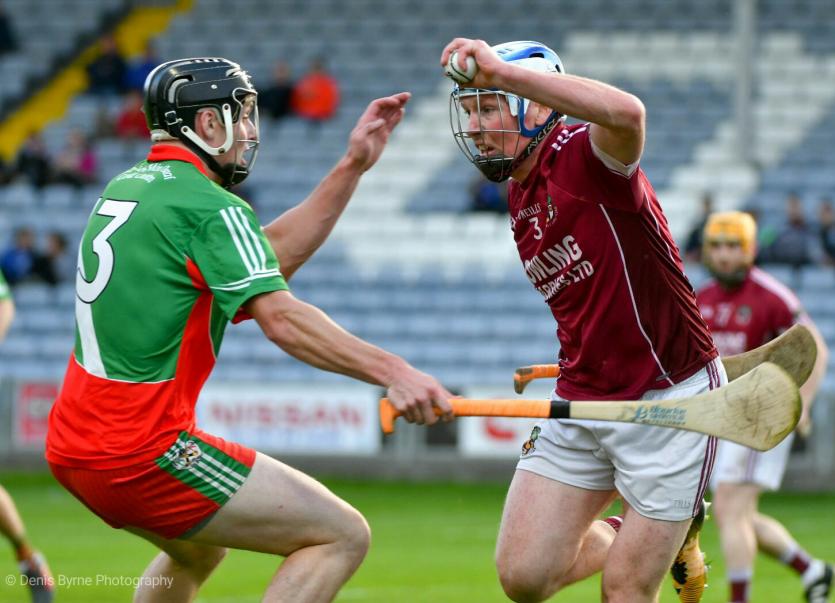 A late rally from Ballinakill saw them claim a dramatic one-point win over Borris-Kilcotton and seal their place in the semi-finals of the Laois SHC.

Having trailed for most of the game, Anthony Coffey's side hit 1-1 in injury time to snatch victory from the jaws of defeat. James Walsh got the all-important goal, his second of the game after coming on as a second-half substitute.

Ballinakill got off to a bright start, as Eamon Jackman launched over a long-range free inside 45 seconds. Moments later, TJ Lalor was adding their first from play, and Ballinakill had settled in quickly.

It took Borris-Kilcotton a while to get their bearings, but PJ Scully announced their presence with a brilliant point from way out on the right wing. Scully was only getting started, because not long after he slipped away from his marker and placed a delicate shot past Paul Simms for the opening goal of the game.

In what was now turning into a virtuoso display, Scully added another from play soon after, before Eamon Jackman finally steadied the ship for Ballinakill with a free.

Not to be outdone, Scully then fired over a brilliant sideline cut from about 55 yards out, on the terrace side of the field, before he then added a free. That put his side 1-4 to 0-3 ahead, and Scully had provided each score.

Neil Foyle finally offered some variety in the Borris-Kilcotton attack with a point from the right wing, but the Ballinakill response was impressive.

Good work down the left wing saw the ball played across the penalty area, and it rolled in front of Eamon Jackman. His first-time ground stroke couldn't have been placed any better, as he evaded Eoin Fleming and crept just inside the post.

Aaron Dunphy hit back quickly for Borris-Kilcotton, but poor shooting from them was preventing the 2016 champions from putting daylight between the sides.

Jackman hauled his side back within two with another free, before Scully responded in kind with another placed ball of his own.

The final score of the half went to the man who got the first, as Jackman again slotted over a free, and at half time just two points separated the teams, 1-7 to 1-5.

Borris-Kilcotton, and PJ Scully, made a bright start to the second half, as he pointed twice in the opening few minutes for stretch the lead out to four. It took Ballinakill a while to get going, but Cha Dwyer fired over a brilliant point in the 39th minute, only to see a Scully free cancel it out moments later.

Next it was the turn of Eamon Jackman (free) and Neil Foyle to trade points, as Ballinakill struggled to get a run of scores together to eat into the Borris-Kilcotton lead.

TJ Lalor rounded off a good Ballinakill move to pare the lead down to three, but then another brilliant sideline cut from PJ Scully restored the four point gap.

Ballinakill needed to kick themselves into gear, and the score they needed finally arrived in the 50th minute. Cha Dwyer launched a sideline cut in from the left wing, and veteran James Walsh, minutes after coming on, managed to get a touch and divert the ball to the net.

The Borris-Kilcotton response was impressive as they won a free, which PJ Scully pointed, but the game was finely poised heading into the closing stages.

Neil Foyle then won another free after a needless foul from Podge Lalor, and Scully tapped that over from 21 yards to push Borris-Kilcotton three ahead with just three minutes of normal time remaining.

Three points, as we all know, is a dangerous lead, and that proved the case in injury time. Cha Dwyer's 21 yard free was well-saved, but from the resulting 65, Sean Downey floated in the ball and with a flurry of Ballinakill hurls looking to make a connection, James Walsh managed to get the telling touch and send it to the net.

Second later, sub David Phelan fired over what proved to be the winner, as with time against Borris-Kilcotton, Ballinakill held on for the win.