All the latest news from around the clubs of Laois 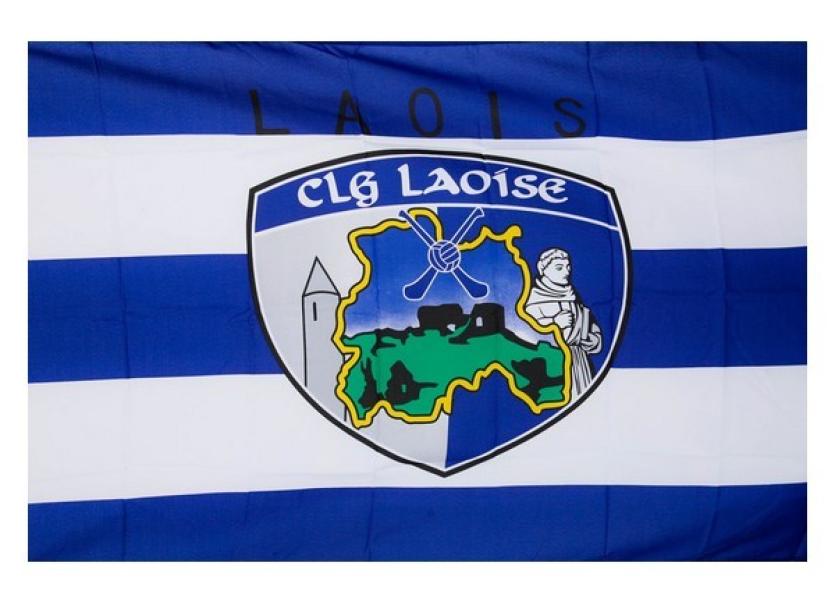 Seniors and Juniors
Unfortunately both our junior and senior teams are finished in their respective championships for this year, however, throughout the year, they played many good competitive matches which were a joy for all supporters to watch.

Lotto
Our lotto draw takes place in O’Kellys, Ballickmoyler every Friday evening, this weeks winning numbers were, 4, 6, 12, 27. There was no winner this week, next week's jackpot will be €10,000. Winners of €20 each are, Ann Meaney, Ella Brennan and Adam George. Tickets for the lottery are available from any club member and all support is greatly appreciated.

Arles Kilcruise Field Day and Auction
Arles Kilcruise are holding a Family Field Day & Auction in the club grounds on Sunday, September 9th at 3pm. All are very welcome and it is bound to be an enjoyable day out for all the family. We can’t wait to see you there on the day!

U-17 Training
U-17 training takes place on Tuesday evening in Ballinakill @ 7.15pm.

Lotto
There was no winner of Thursday nights €7,000 jackpot. The winning numbers were 9, 22, 24 & 30 and we had two €20 winners; Michael Hanrahan and Nuria.
On behalf of all our teams, players and management we thank you for your continued support. Next week's jackpot is €7200 please support and if you are interested is selling club lotto tickets let us know by contacting Shea at 087-2355301.

Club Action
Camross footballers went on a scenic drive over the last week and a journey that began on a high nearly ended on a high but eventually they exited, but not without a fight. Last Friday they travelled to Portarlington abd caused upset with a comfortable victory over The Heath. The semi-final draw meant two teams to avoid, Annanough or Kilcavan.
Well Annanough were first out of the draw and Camross second and the venue Emo. Having trailed by five at the interval Camross produced a great second half and might have stolen victory but this team have talent and youth on their side. No great thought put into that one by the powers that be but well done to the lads and on Monday they were scheduled to play replay of league decider which everyone knew could not proceed as Rosenallis were scheduled to play the championship final twenty four hours later.
Eventually the league was cancelled and will now be played at a later day. No hurling except at underage and the U-15 team suffered a heavy defeat to Rathdowney-Errill on Monday and the U-13 game v Borris-Kilcotton was cancelled at late notice because of unavailability of referee after original appointed official JJ Gorman was injured in an industrial accident and we wish him a speedy recovery.
The game could be re-fixed over the weekend, check Laois GAA Website. On Friday last the U-13 footballers recorded a great victory over Clonaslee-St Manmans and last night Monday faced a bigger inquisition traveling to Killenard facing O’Dempseys at 6.30pm. On last Thursday evening the U-17 hurlers shared the points with The Harps in a high-scoring encounter in the first round of the championship.
The club would like to congratulate Jack Cuddy who was part of the Laois U-15 team that beat Waterford in Leahy Park Cashel on Saturday week in the Arrabawn tournament final. In the semi-final they defeated Wexford at Dundrum.

Forthcoming fixtures
Next Saturday the intermediate hurlers face Borris-Kilcotton in the championship semi-final, venue likely Rathdowney after four check with GAA Website or Camross on Twitter. The senior semi-final is at 3.30 on Sunday September 23rd opponents confirmed after next Sunday’s quarter finals in Portlaoise, Rathdowney-Errill V Abbeyleix and Clough-Ballacolla V Borris-Kilcotton.

Camogie
Camross eased into the semi-finals of the senior championship semi-finals after a comfortable victory over The Harps on Monday week at Derrynaseera and will meet the same opposition in the semi-final scheduled for Saturday week and O’Moores and St Bridgid’s will meet in the other semi-final venue and date (TBC).
The U-14 girls played out a thrilling draw with Naomh Eamon last Saturday and must do it all again possibly this weekend.
On Friday last Aimee Collier went under her operation to restore her knee to full use the brilliant under age player and now an important cog in senior team. The club wish her every good will and hoping her recovery in short and successful. We know she will not be able to play in the championship this year but we know she will be on the line urging on her companions.

MEGA FAMILY FUN DAY
Portlaoise GAA Club will Host a Mega Family Fun Day on Sunday 9th September.
This event is a major fundraiser for the juvenile club but also an opportunity to open the club up to the wider community and for all club members and guests to have a great day of fun activity.
The day will start with juvenile games and then you can get your heart pumping in the family fun run at 1.30pm
Test your skill in the Field of Dreams, Sponge the Coach, Penalty Shoot out and much more. The under 5's can enjoy the Little Townies playground with Tunnels, Beach Balls, Hula Hoops and more.
The not so smalls can enjoy the Town Carnival with Big Slide, Obstacle Courses, Gladiator, Basketball knockout and more.There will be Pony Rides, Pony and Trap, Face painting and nails painted at the Town Salon.
You can Satisfy your taste buds at Bosco's barbecue, Danny's Ice Cream and Candy Floss stand, Molls Café and The Corner Shop.
Please come along and invite all your neighbours and friends to the event. An enjoyable and Value for money days fun is assured. Thanks for your continued support.

Thank You
The club would like to thank all those who recently supported our very successful dognight. To all those who bought and sold tickets. Congrats to our buster race winner Anthony Stapleton. A big thank you to Thurles greyhound track for on going support every year. Also thanks to Howard and Caroline from Flynn’s pharmacy in Rathdowney who were the main sponsors on the night.

U-14 Football
In a hectic week for Club teams our U-14 'A' team played the 'A' League Final on Tuesday evening in Kellyville but were outgunned by local rivals St Conleth's by 3-9 to 3-2. The team are still involved in the championship and are down to play Timahoe in the semi-final on Monday, September 10.

Laois Senior Final
Our Seniors are back in the county final for the 13th successive year and for the third year in succession they will meet Portlaoise, whom they defeated in finals of 2016 and 2017. The game is down for O’Moore Park on Saturday next September 8th at 7.15pm. Portlaoise had an impressive win over St Conleth's in the semi-final last week and have shown consistent improvement during the Championship. They are certainly very keen to reverse the results the last two years and to take their first ever Senior title. Sarsfields will also be very determined to add further to the list of Championship titles so the game is expected to be a close affair that could go right down to the wire. Best of luck to the girls and mentors as they endeavour to hold on to their Laois crown.

Sympathies
Slieve Bloom would like to extend their deepest sympathies to the Brophy family on the death of Sean 'Cooper'. Sean loved sports especially hurling, he was a master of the game in his day and his presence was always felt on the field. The club would also like to extend deepest sympathies to the Kelly Family, Castletown on the untimely death of Fiona. May they RIP.

Field Day
Many thanks to all involved in the preparation for the field day in the club grounds, it was a great success. Special thanks to all who helped out and sponsored on the day with a special word of thanks to the chef and bakers on the day. Thank you to Tim Chambers for the great music. Great day had by all.

Ladies Football
Congratulations to the U-12 girls and their mentors on winning the B league. 'Well done'.

Club Gear
All club gear can now be ordered on www.oneills.com

Senior Championship
Our seniors drew St Joseph's in the quarter-final. This game will take place on Sunday, September 16th, drop in to O'Moore Park at 3.30pm. All support appreciated.