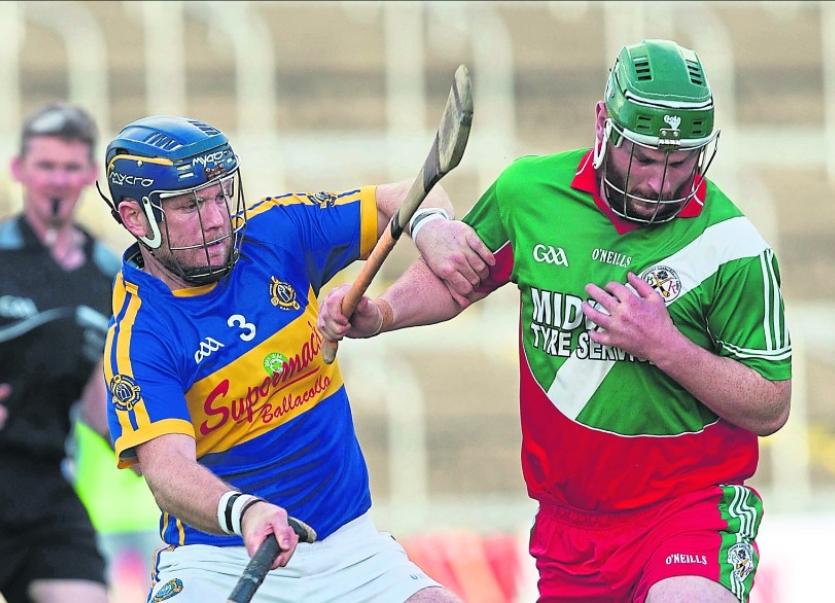 One of the first big casualties of the Laois SHC for 2018 will arrive on Sunday evening, as Clough-Ballacolla and Borris-Kilcotton do battle in their quarter-final.

The 2017 beaten finalists against the 2016 winners, this should be a closely fought affair, and in truth the championships needs that after a fairly underwhelming group stage.

The switch to the group stages provided drama, on paper at least, but the standard of games was disappointing, and both of these teams come into this game on the back of poor results last time out.

Borris-Kilcotton were stunned by a late goal from Ballinakill, and so missing out on direct passage to the semi-finals, while Clough-Ballacolla were eventually brushed aside by Camross, when victory would have meant elimination for the men in black and amber.

For Borris-Kilcotton, their performance in front of goal was the most disappointing aspect of their defeat, as they should have been out of sight long before Jimmy Walsh flicked in a late goal.

While PJ Scully returns to the form that we have grown accustomed to from him, indeed the form that helped so impressively in their 2016 success, his supporting cast failed to fire against Ballinakill.

Paddy Whelan, Aaron Dunphy and Neil Foyle registered their fair share of scores in the games against Abbeyleix and Ballyfin Gaels, but they struggled against Ballinakill.

The Clough-Ballacolla defence will be every bit as tough as Ballinakill proved, so it's up to Borris-Kilcotton to bring a more clinical edge to their game. The chances they created against Ballinakill were decent, so that aspect of their play is fine, but once the first couple of wides were registered, it seemed to spread throughout the team.

Clough-Ballacolla should have done better against Camross, the chance to knock them out would have been a major carrot for a side with serious ambitions of claiming a county title. The worrying point from that game was the way they faded out at a crucial stage.

Like Borris-Kilcotton, too many of their forwards failed to impact the game. Willie Dunphy failed to score and was substituted, while Willie Dunphy and Stephen Maher managed just 0-4 from play between them. Only four players scored for them in the game.

There doesn't appear to be much between the teams, on paper at least. Both have a few veterans in the spine of defence, a potential for a good spread between scorers in attack, and plenty of big-game experience.

Borris-Kilcotton are the younger side, though Clough-Ballacolla have faced into more games of this nature since their breakthrough in 2009.

When their last outings are viewed, however, Borris-Kilcotton fans probably have slightly more room for optimism. Creating chances and missing them is easier to rectify than failing to perform to your best in an important game.

There will be huge interest in this game, and of all games this weekend it offers the biggest chance of some fireworks. With an extra week to preppare, we can only hope the sides are ready, but going off our most recent viewings of both teams, Borris-Kilcotton look to be that bit better placed to book a spot in the semi-finals.