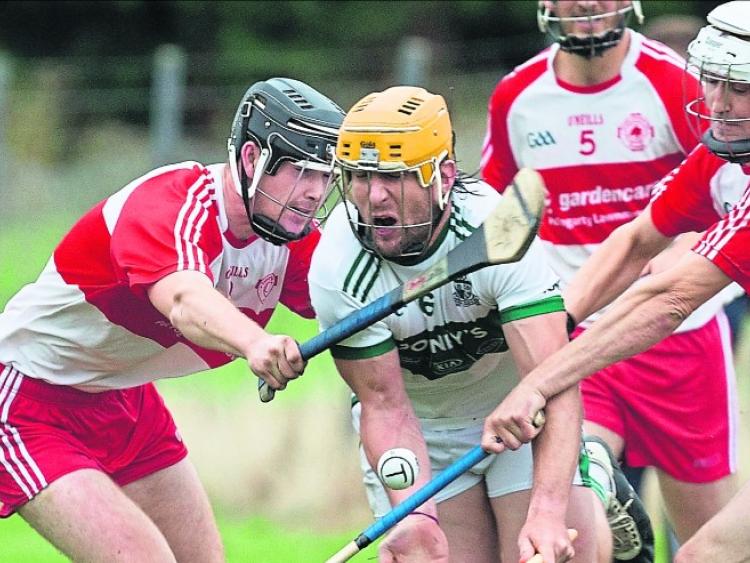 Cahir Healy in action for Portlaoise against Trumera in their last SHC 'A' outing. Pic: Alf Harvey.

After a season to forget so far, Portlaoise will look to give themselves something to cheer this Saturday when they take on Shanahoe Gaels.

It's a testament to how far Portlaoise have fallen that they come into this game without being overwhelming favourites.

For a club which contested Minor and U-21 'A' finals in the same year, as they did back in 2015, they should be getting stronger by now, but instead seem to be stuck in reverse.

A win over Trumera last time out made up for narrow losses to Rosenallis and Clonaslee St Manman's, but they still need a big improvement to get a positive result here.

Shanahoe Gaels have been tested this year, both on the field and off it, with injuries to key players. An opening loss to The Harps was expected, but the eight point win over Colt Gaels which followed probably wasn't. They lost to the same side by 21 points the year before, and eventually came second in the group with a one-point win over Mountrath.

Even with Ballypickas on board they haven't the deepest of panels, but have a number of solid performers who, if they are given the time and space to get into the game, can cause Portlaoise problems.

For their part, Portlaoise aren't going well but they do have enough good players to at least feel as though they should be doing better. With Joe Phelan and Tommy Fitzgerald still soldiering away in attack, they really need some of their younger players to start making a bigger impact in their games.

If they can do that, they'll start to make progress, but for now, just getting the better of Shanahoe Gaels would be seen as a big result for them.