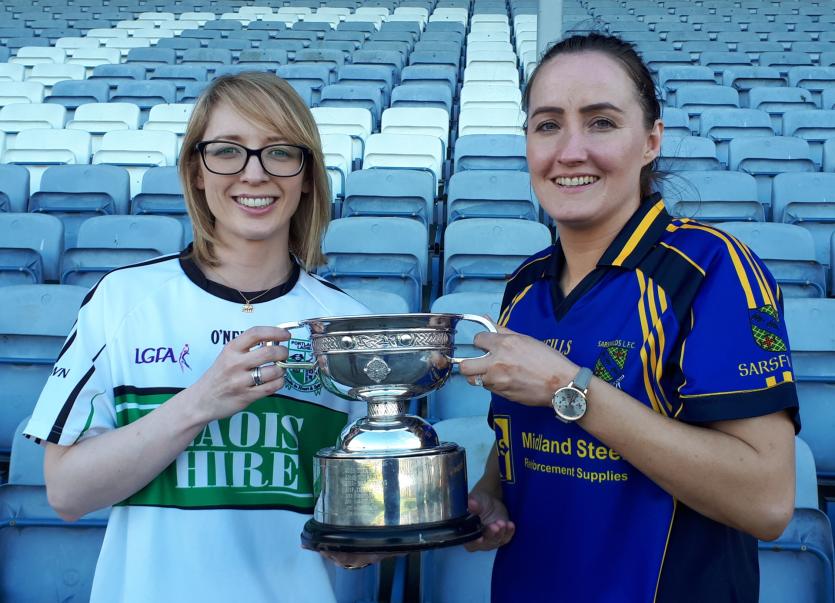 For the thirteenth year in a row, Sarsfields find themselves in the Laois Ladies SFC final, with an emerging Portlaoise side again providing the opposition.

Portlaoise have taken up the baton from Timahoe in recent years as the team to try end Sarsfields' dominance of the SFC, but it is an incredibly difficult task.

Looking for a seventh title in a row, Sarsfields are on the brink of equalling a record set by The Heath between 1980 and 1986.

Having been beaten 3-15 to 0-3 in last year's final, it's certainly a daunting task facing Portlaoise to bridge a 21 point gap in one year.

Time is certainly on their side, as they have been recording impressive results at underage level in recent years and they have a number of players backboning the Scoil Chríost Rí success too, so the production line is certainly working.

However, youthful exuberance only goes so far against a seasoned outfit like Sarsfields. They were tested by Timahoe in their semi-final, but ultimately did what they do best - win.

Tracey Lawlor kicked a dozen points, Amy Loughman and Lauren Kearney scored the goals, and they emerged 2-18 to 3-6 winners

Portlaoise's biggest task will be trying to curb the influence of Lawlor, and for a player so mobile and so lethal, stopping her is incredibly difficult. Anna Healy or Alison Taylor may be tasked with the job, but what Portlaoise really need to do is get on top at midfield and try to limit the supply of ball into her.

Again, easier said than done, but it's essential if they are to give themselves a chance of winning. With Ciamh Dollard in goal, Portlaoise have an impressive last line of defence too, but she can only do so much if they are being overrun.

Up front, Aisling Kehoe will carry the scoring burden, but with her likely to be targeted by Sarsfields, Portlaoise need to be mindful not to send everything through her.

There's no doubt that Portlaoise will eventually say a pay off for the players they are bringing through, but at the moment, the strength of this Sarsfields panel just looks to good to be stopped this Saturday.