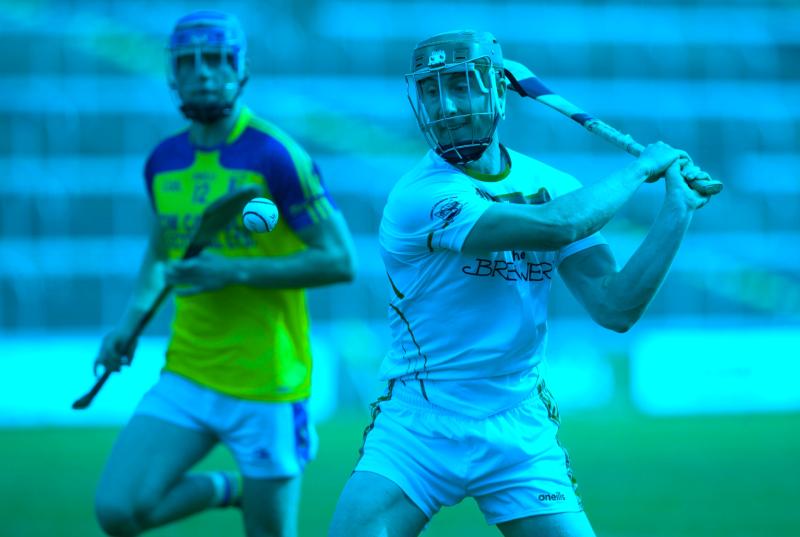 Rathdowney-Errill are comfortably through to the semi-finals of the Laois SFC after a one-sided win over Abbeyleix in O'Moore Park today.

Rathdowney-Errill had come into this game on the back of a high-scoring outing against Castletown Gaels, and they showed early on that they intended to repeat the trick here. Paddy Purcell had registered the first score of the game in the first minute, and Ray Bowe added his first moments later.

Eoghan Fennelly got Abbeyleix up and running with a free, but Rathdowney-Errill were already asserting their dominance on the game, even at this early stage. Mark Kavanagh pointed a free and then followed it up with a 65, before Ray Bowe struck for his second to send them four ahead.

Two more from Kavanagh had Abbeyleix struggling to cope with the waves of attacks coming at them, and against Fennelly was required to sent a free between the posts to keep his side in it.

Despite his, and his team mates, best efforts, Rathdowney-Errill were just playing the game at a different pace. John Purcell canceled out Fennelly's free and then Ray Bowe made it a hat-trick of points from play in the 14th minute. Purcell then got through on goal but saw his shot smartly saved by Enda Rowland at his near post; Mark Kavanagh pointed the resulting 65.

Paddy Purcell then got his second, the gap now out to nine, with Fennelly getting a point from play, his team's first, in the 18th minute.

Ross King and Fennelly (free) then traded points before a good score from Ciaran Carroll made it two in a row for the first time for Abbeyleix. It was small comfort though, as Rathdowney-Errill soon had the opening goal of the game. It came from a penalty, as Ross King was fouled running through, and Mark Kavanagh's powerful shot flew to the net.

Dayne Peacock lifted the Abbeyleix spirits with a point moments later, and Conor Bergin then launched one over from midfield, but Rathdowney-Errill had another sting in the tail before the break. Ray Bowe landed his fourth point before another good move ended with Mark Kavanagh flashing a shot to the net, and at half time Rathdowney-Errill were 2-14 to 0-8 ahead.

Abbeyleix needed a dream start to the second half, but instead they sunk deeper into the nightmare, as they were reduced to fourteen men. Conor Bergin and John Purcell became involved in an altercation in front of the stand, and Bergin lashed out, earning a straight red card. Purcell was shown yellow for his part in the incident.

To rub salt into the wounds, Rathdowney-Errill got their third goal soon after. James Ryan cut in along the left touchline, and with no options in the square, managed to squeeze a shot past Rowland from a tight angle.

It was plain sailing for Rathdowney-Errill from there, as the only question left to be answered was how much they would win by. Ray Bowe kept his impressive display going with 1-1 in the space of a minute, with Eoghan Fennelly managing a rare point in response for Abbeyleix.

Rathdowney-Errill closed it out with the minimum of fuss, as James Ryan added a fifth goal late on to round off the win.