St Joseph's to offer toughest test yet of Stradbally's revival 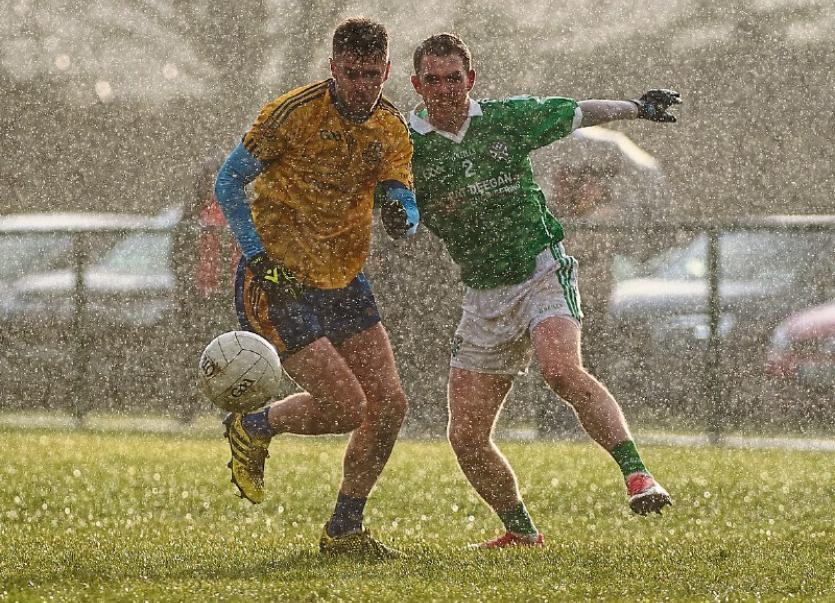 Michael Kehoe and Colin Beale battle in the rain when the pair met in the league in Stradbally. Pic: Denis Byrne

We have been awaiting a serious run at the SFC title from St Joseph's in the last few years, with their league form hinting at a side which is doing a lot right, but they never seemed to pull it together in the SFC.

Aside from a dramatic draw with Portlaoise a few years ago, they have been underwhelming. With a couple of Laois U-21 titles in 2015 and 2016, they have the right age profile to build a title-challenging team in the years ahead, but need to put themselves in the running on a regular basis to build on that potential.

Much will depend on how Stradbally cope with Michael Keogh, who is St Joseph's most potent threat from open play. Any careless fouls will be the remit of Brian Daly, who has been playing well so far and appears in good form.

For Stradbally, there were major questions marks hanging over them coming into the SFC after a disastrous league. A narrow loss to Arles-Kilcruise did nothing to dispel them, but they have bounced back against Clonaslee, and then an impressive win over Portarlington last time out.

The enigmatic Jody Dillon was the foundation of that victory, and if he repeats the performance on Sunday, it sets Stradbally up for a real cut at St Joseph's. While Stradbally do have experience of this level, St Joseph's seem better placed at the moment for the win.

They have been building towards an assault on the Portlaoise dominance of the Laois SFC, and both of their victories so far have been built on solid, clinical, composed displays.