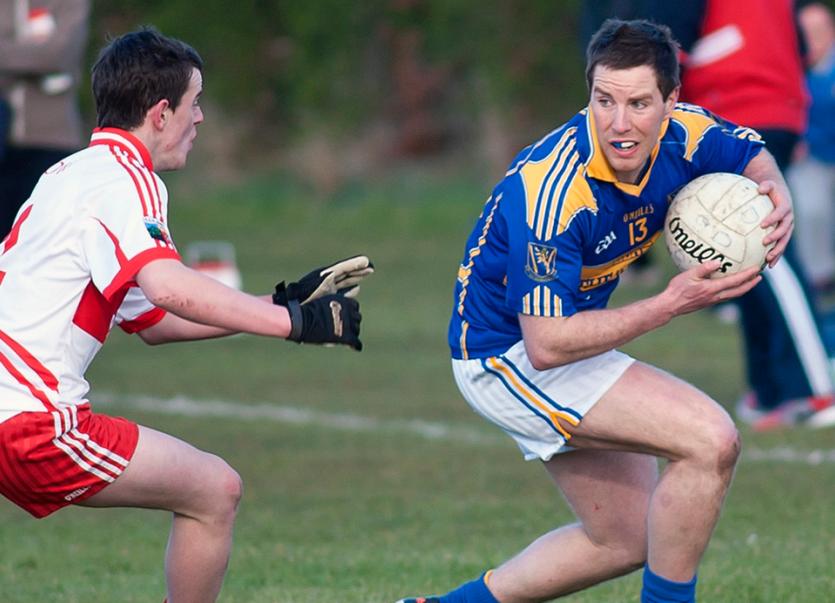 Michael Finlay has been in good form for O'Dempsey's this season.

After what has arguably been the best team performance of the Laois SFC so far, in their replay win over Arles-Killeen, Emo are back in action this Saturday night against league champions O'Dempsey's.

While Emo have only just come up from intermediate level, it should be no surprise that they have settled back in so well. Having taken Portlaoise to a replay in 2015, they have since been supplemented by the development of some exciting young players.

So far, they have recorded wins over Arles-Killeen and Arles-Kilcruise, both decent teams but both of whom are on the wane as well.

O'Dempsey's will provide a much sterner test, themselves buoyed by a hard-fought route to this stage. They have Matthew Finlay in the form of his life, a good spread of experience in the squad, and in Dan McCormack they have a potent threat for direct attacks on the edge of the square.

Perhaps crucially, O'Dempsey's have also had two good, tough championship matches in the time Emo have been waiting for this fixture. Emo have been four weeks in dry dock since their win over Arles-Kilcruise, not an ideal length of time to go at this stage of the season without a competitive game.

There youthful exuberance should offset some of that though, and they have been an enjoyable team to watch so far. While aesthetics are good, results are more important, and both of these teams like to play a good brand of football, which is why this is probably the most eagerly anticipated game of the weekend.

There are plenty of scoring forwards in both teams, they both of pace and both have the ability to manufacture scores from midfield too.

Emo have taken big strides this year, but an O'Dempsey's side in good form could be a step too far for them. They get a very slight nod here, but hopefully this game develops into the spectacle it has the potential to be.