All to play for in evenly matched Laois IFC semi-finals 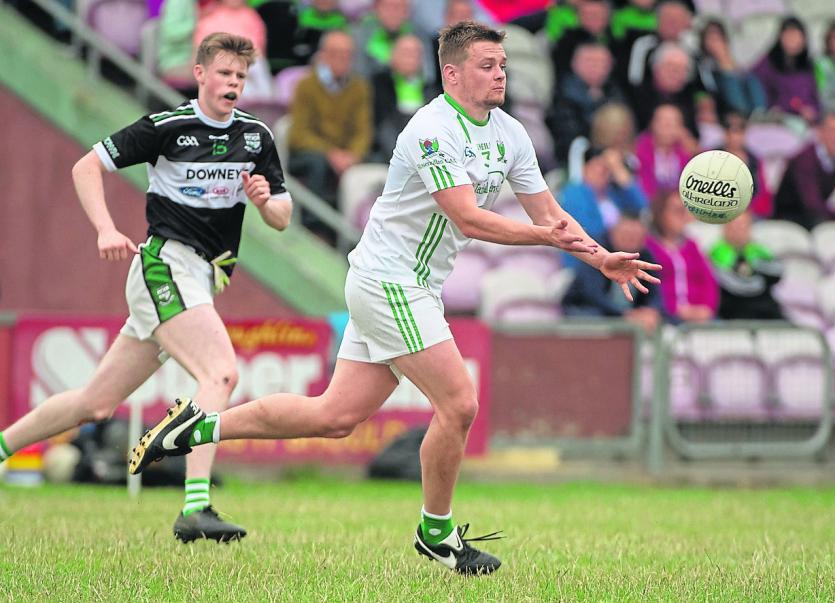 Both Portlaoise and Rosenallis are in action this Saturday.

This Saturday afternoon sees the Laois IFC semi-finals take place in O'Moore Park, as four evenly matched teams battle it out for a place in the final in two weeks time.

With a steady stream of exciting young players emerging from the St Paul's underage setup, Courtwood announced their arrival as a serious force at this level in Round 1.

They recorded an impressive win over pre-championship favourites Mountmellick Gaels, and have since followed it up with a one-sided win over Timahoe. Coupled with their ACFL Division 2 success, it has been a very positive season so far for Courtwood.

Portlaoise, perennially competitive at this level, looked awful in their opening game against Rosenallis. They were comprehensively played off the field that day, but have since welcomed a handful of players back into the fold. Training with the clubs senior team is a huge bonus as well, and when everyone is available, they are a strong side.

However, a confident young Courtwood side will take some stopping, and Portlaoise's sluggish start to the competition may leave them with too much improving to do to get the better of them here.

Since being shocked by Courtwood in the opening round, Mountmellick Gaels have righted the ship with some one-sided victories. The last of those, a landslide win over local rivals The Rock, has set up another derby, against Rosenallis.

One thing for sure is that Rosenallis will offer much stiffer opposition than The Rock managed. After a comfortable win over Portlaoise in Round 1, they accounted for The Rock, and now must produce their best performance of the season against Mountmellick Gaels.

Colm Poole is in good form up front, Donal Lalor offers another threat and Eoin Dunne is playing might stuff at midfield.

Mountmellick Gaels, meanwhile, are running up big tallies in their games, with Niall Mullen leading the way. Colm Coss is an incredibly strong player at this level and their supplement of Castletown players adds depth to the squad.

While Rosenallis are a good, solid and dangerous side, Mountmellick Gaels have too much strength across the field, and that should set them up for a place in the final.