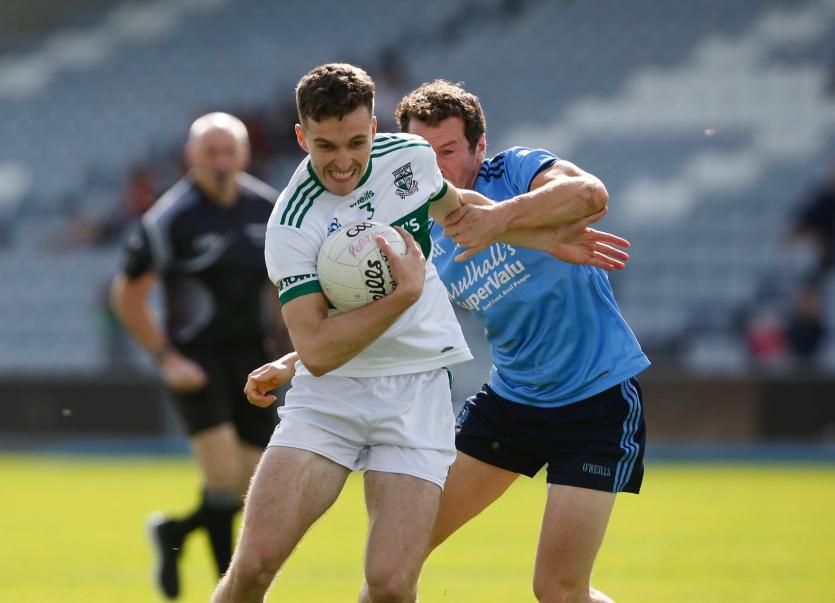 Portlaoise are through to another Laois SFC semi-final, as they proved far too good for Ballyroan Abbey in O'Moore Park today.

Ballyroan Abbey shouldn't have needed an early warning, but they got one anyway when Craig Rogers was put through on goal seconds after the throw in. They managed to avert disaster there, but they couldn't avoid it for too much longer.

A typically slick Portlaoise passing move ended with Conor Boyle put through on goal, and his powerful shot flew into the top corner of the net. Two minutes later, they had another.

Colin Finn burst into the left side of the penalty area and had his legs taken from under him, with Bruno McCormack tucking away the resulting spot kick.

Kieran Lillis added a point, Conor Boyle did likewise and Ricky Maher landed a good effort from the left wing as Portlaoise moved 2-3 to 0-0 ahead by the ten minute mark.

Ballyroan Abbey finally opened their account midway through the half when Marty Scully was hauled down by Ciaran McEvoy, with the Portlaoise man lucky to escape without a black card. MJ Tierney slotted over the resulting free.

Portlaoise responded with interest though, as Boyle brought his tally up to 1-2, before Gareth Dillon added another. Diarmuid Whelan tapped over a free for Ballyroan Abbey but both teams already seemed to know what way this one was going to end.

Craig Rogers and Ricky Maher kept the scoreboard ticking over, and two more points from Gareth Dillon drew one in reply from Ballyroan Abbey, another Whelan free.

David Holland saw a goal chance blocked on the line by Gavin Tynan and Bruno McCormack, out of sorts for much of the half, also missed a gilt-edged chance. Despite those misses, Portlaoise still lead by 12 at the break, 2-9 to 0-3.

Having started the first half with a bang, Portlaoise were a bit more sedate on the restart. The only scores in the early stages came from frees, with Brian McCormack and MJ Tierney trading points. Ricky Maher got another for Portlaoise before Tierney floated over his third free, and then Scott Conroy got Ballyroan Abbey's first point from play in the 40th minute.

Portlaoise were unperturbed by that particular Ballyroan Abbey milestone, and rattled off four more points of their own without reply, two of them coming from Craig Rogers.

Scott Conroy and Ruairi Dunne added further points for Ballyroan Abbey, but Portlaoise were only in cruise control at this stage, with Conor Dunphy's late point rounding off a comfortable win.