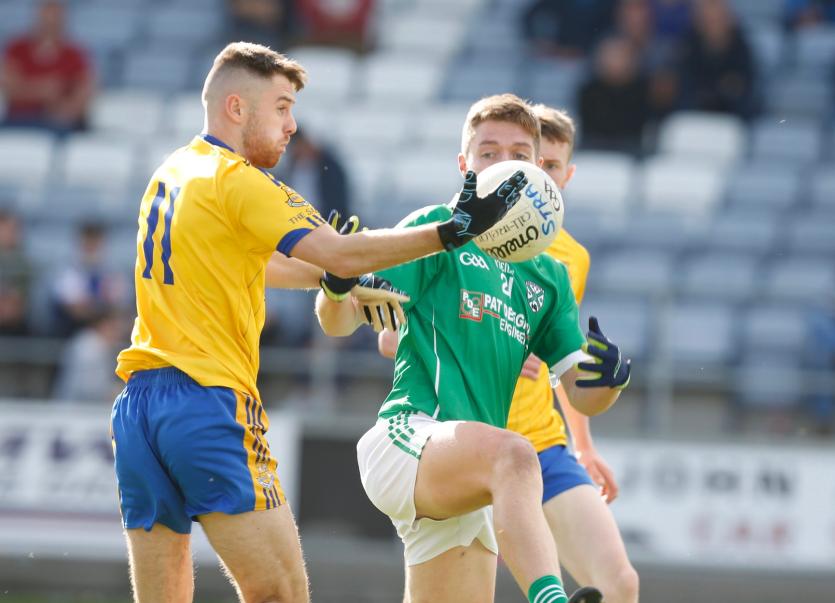 St Joseph's held off a spirited late comeback from Stradbally to emerge two point winners in this Laois SFC semi-final clash in O'Moore Park on Sunday.

Having trailed by five early in the second half, and been reduced to 14 men, all looked lost for Stradbally, but they showed real grit to get back into the game. However, St Joseph's popped up with two crucial points in injury time to seal the win.

Stradbally opened the scoring, as Justin Lalor curled over a peach of a point off the outside of his right boot from the right wing. St Joseph's should have took the lead themselves moments later when Mikie Dempsey charged through on goal, but Wayne Comerford made a superb save.

It took St Joseph's 14 minutes to finally trouble an umpire, as James Kelly curled over a nice point from 35 yards out. That set up an entertaining second quarter to the game, with Colm Kelly putting Stradbally back in front from a free.

Mattie Campion responded in similar fashion for St Joseph's, but another excellent point, this time from Jody Dillon saw the scales tip towards Stradbally once again.

Michael Keogh, jinking away from a couple of markers, made space for a shot from 30 yards and nailed it, and St Joseph's pushed on from there.

Brian Daly won a kickout, shrugged off the attentions of Conor Delaney before composing himself and landing a good point, before Mattie Campion got one from play to put them two ahead.

Jody Dillon was then fouled 21 yards out, allowing Colm Kelly to halve the deficit, but another point from Michael Keogh stretched the lead back out to two. Then, in first half injury time, it should have been five.

Michael Keough burst down the right wing and made his way into the penalty area, where a shoulder charge to the chest stopped his progress and earned him a penalty. If that wasn't bad enough, Jamie Kavanagh was then shown a straight red card for an incident involving Keogh after he had been fouled, and Stradbally were down to 14 men.

Dan Dunne came up to take the penalty for St Joseph's, but his powerful drive straight down the middle was deflected wide by Wayne Comerford. Dunne made amends by floating over the 45, and at half time St Joseph's lead 0-7 to 0-4, but could have been out of sight.

Dylan Doyle opened the scoring for the second half with a point for St Joseph's, and Dan Dunne followed that up with a free to open up a five point lead.

After a fallow period, Tom Shiel and Doyle traded points in quick succession, and then the pace of the game moved up a gear. Stradbally needed to force their way back into it, and they duly did as Jody Dillon smashed home a goal from close range.

Dylan Doyle responded with his third of the half for Joseph's, but Stradbally were finally building some momentum now. Colm Kelly landed a point from play and then Jack Deegan rounded off a move to get them within one.

With St Joseph's reeling, Eoin Buggie bundled his way through to kick the equaliser, but within seconds Dylan Doyle was flashing an effort over the bar to restore the Joseph's lead. Doyle then saw a goal chance saved, before Tom Shiel picked up a breaking ball 21 yards out and popped it over. Draw game again.

St Joseph's re-took the lead in controversial fashion, Mattie Campion's shot eventually deemed to have crept inside the post after lengthy consultation among the officials. In the final minute of normal time, a Colm Begley free tied the game once more, but St Joseph's had one last kick in them.

James Kelly pointed in the first minute of injury time, and then Mattie Campion squeezed another shot between the posts for a two point lead. Stradbally had one late chance, when Greg Ramsbottom had a shot for a goal fro ten yards out, but Dan Dunne made the save, and St Joseph's survived to claim the win.