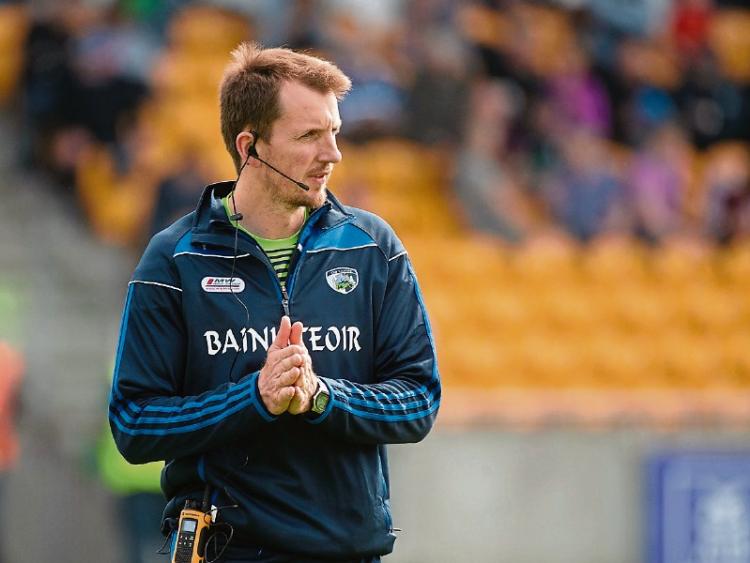 John Sugrue has outlined his plans.

Laois senior football manager John Sugrue has announced plans for a new divisional football competition, which he will run for players looking to secure a place on the Laois panel for 2019.

Sugrue and his management team have divided the county in four, and are urging players to make themselves available for the novel new venture, which will begin the week after the SFC final. The SFC champions will not be involved.

The announcement was made in the weekend match programme for the SFC games over the weekend, with Sugrue laying out his vision. “The proposed Trial Tournament will be played on Round Robin basis, with three games on successive weekends, top 2 Divisional teams qualifying for Cup Final and bottom 2 Divisional teams qualifying for Shield Final on Finals weekend.

“Independent management teams will be put in place for each team and it will hopefully give the players the chance to play in a condensed talent type situation. We will be narrowing down a panel of players from this and from there 2019 begins. We hope you come out in your numbers and join us on the first step.”

Further details will be provided in the match programme for the SFC semi-finals. It is proposed to have a small cover charge for all games, with the money collected going to charity.

The four divisional teams will be divided up as follows;

The venues and management teams will be announced the programme on semi-final weekend, along with the partner charities.