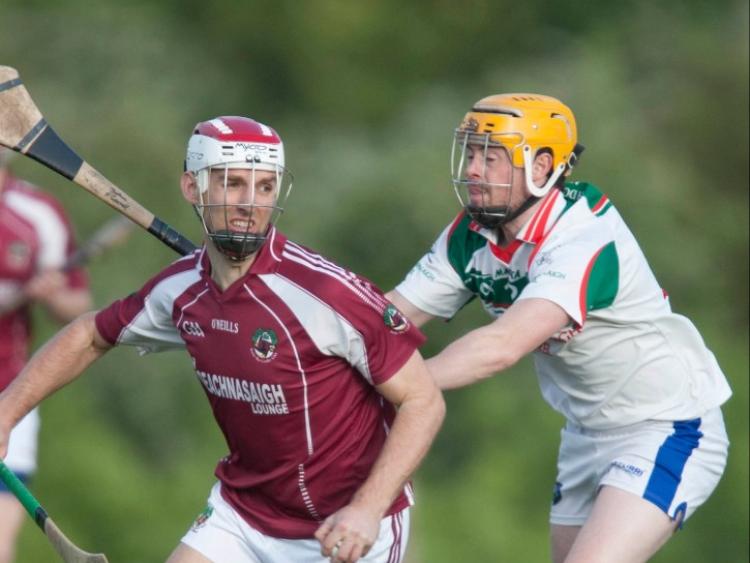 Brian O'Mara and John Purcell will be key men this Sunday.

Ballinakill will go in search of a first Laois SHC final appearance since 1979 this Sunday, as they meet an in-form Rathdowney-Errill outfit.

Fresh from their hammering of Abbeyleix, spirits are high in the Rathdowney-Errill camp, understandably so. After a shaky start to the SHC, they have played some lovely hurling in their last two outings.

Granted, both of those games were against limited opposition, but the manner in which they were dispatched was still impressive.

Now they set their sights on Ballinakill, who have been without a game in four weeks as they waited for the quarter-finals to be played.

They have their injury concerns too, as Podge Lalor struggles to overcome a wrist injury, while Adam Kenna is hoping to get back on the field after a broken finger kept him out of side for their last two matches.

For their part, Rathdowney-Errill are in good shape, with Roddy King having shaken off a hamstring injury. After an early season of experimentation, they were in a more orthodox line up last Sunday week, and it paid dividends. Ray Bowe was superb on his first start too, and there is little to suggest they won't maintain that form.

Ballinakill are a step above what they faced in their last two games, but at the same time will enter this game as underdogs, given the recent record of both teams.

Rathdowney-Errill's forwards are on fire at the moment, and they should guide them to another final.