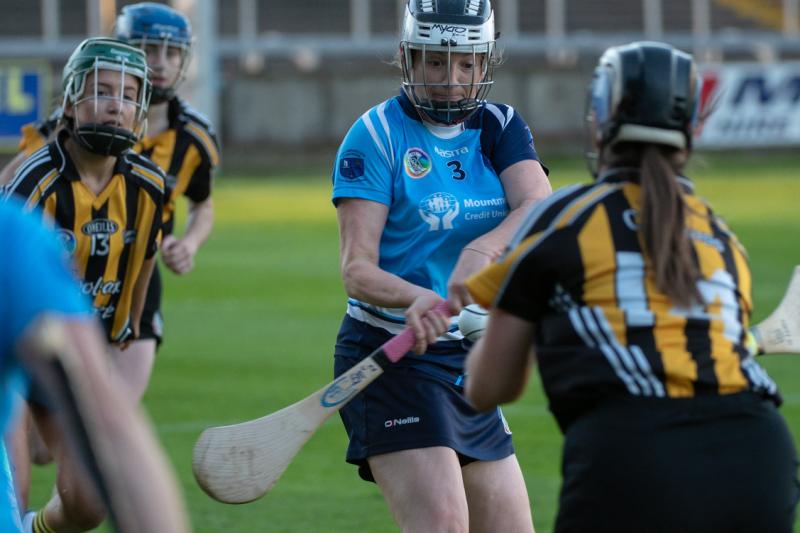 Camross drew first blood in O’Moore Park on Friday evening when Lizzie Ryan latched onto Sarah Ann Fitzgerald’s ball forward to split the Camross uprights and put them into the lead with two minutes played.

O’Moore's got back on level terms shortly after when Mary Keating slotted her first of the day from short-range, before Laura Peake edged them ahead five minutes in.

Sarah Ann Fitzgerald landed a long-range free to bring Camross back level, but Keating converted her second on the ten minute mark to keep O’Moore’s in pole position.

Camross went on to hit the next four points on the trot through Kirsten Keenan, Fitzgerald and Niamh Dollard to storm into the lead with over ten minutes remaining in the opening half.

Keating and Keenan were proving accurate from there frees as they both hit braces in the latter stages of the half, but O’Moores closed out the half strongly with Joyce Dunne side-stepping her marker before splitting the posts and Keating slotting her fifth point of the half to bring them within a point of Camross at the break on a scoreline of 0-8 to 0-7.

O’Moore’s wiped the slate clean just two minutes after the restart with Peake and Keating combining via a clever flick from the former to allow Keating level the sides at eight points apiece. Camross were back on top soon after when Keenan slotted her fifth of the evening to edge them ahead with thirty-nine minutes on the clock.

O’Moore’s annulled the deficit minutes later through an excellent floated point under pressure from corner-forward, Erin Murray to tie them at nine apiece with just over a quarter of an hour left to play.

The same player almost lifted the first green flag of the day directly after when her shot blazed wide from Keating’s free into the square. Drama hit a high-point with ten minutes to go when O’Moores were awarded a penalty after substitute Lorna O’Sullivan was fouled in the square - but Alison McEvoy’s drilled effort was blocked on the line and cleared away by the Camross defence.

Keenan converted a free from a tricky angle, but Amy Loughman hit-back with an over-the-shoulder strike to square things up at ten points each heading into the final five minutes of the game.

Four minutes from time Mary Keating’s effort from forty metres dipped over the head of Aedin Lowry and into the back of the net to lift the green flag and edge O’Moore’s into the lead.

Camross went about making up the deficit with Lizzie Ryan slotting from a tight angle before Sarah Ann Fitzgerald blazed over from a twenty metre free to close the gap to a single point heading into injury-time.

Mary Keating tied up the game with a free in the second minute of injury-time to see O’Moore’s run out two point victors to claim the title for just the second time in their history.