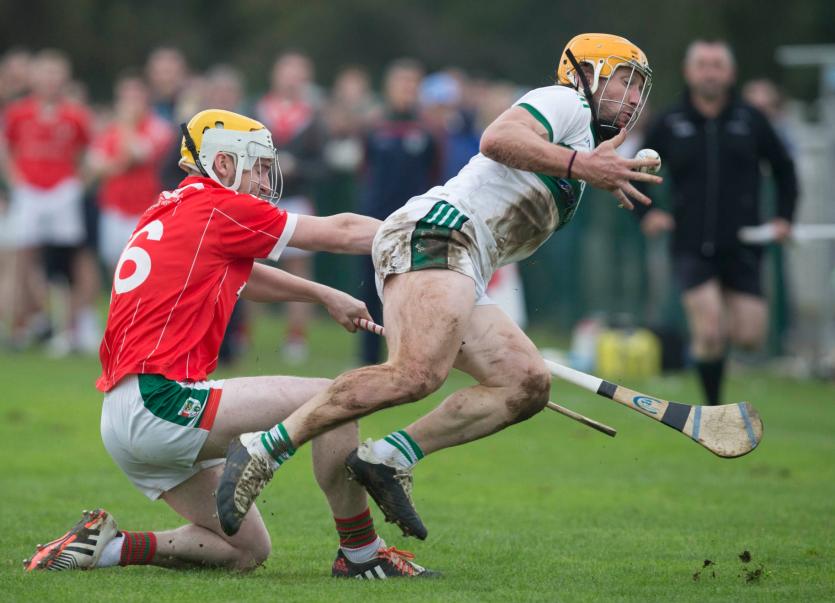 Portlaoise have secured themselves a place in this year’s SHC’A’ Final against The Harps in two weeks time, after a hard-fought win against Clonaslee St Manaman’s.

These sides met earlier on in the championship and it was Clonaslee who edged out Portlaoise on that occasion. Portlaoise welcomed back Gary Bergin and Frank Flanagan to their team's, while Clonaslee St Mamman’s were without their centre forward Darren Rooney due to injury.

After losing two games in the group stages, it didn't look like Portlaoise would be contesting a final this year, but they managed to get a win over Trumera in their final group game. A last-gasp win over Shanahoe Gaels followed, and then this revenge mission on Clonaslee St Manman's, so they now have what looked an unlikely chance to regain their SHC status.

The Harps await them in the final, and while they will likely be the favourites, it should be a cracking game between two young, open hurling teams.

Portlaoise lost sharpshooter Aaron Bergin after 27 minutes of play when he was struck late after he goaled for his side. Portlaoise will be worried as it looked like a nasty shoulder injury that may force him to the sidelines for the final.

The game was slow to get going but it was John Rowney who opened the scoring with a pointed free. However, it didn’t take too long for Portlaoise to get on top as Aaron Bergin, Cian Taylor and Colm Gleeson all pointed.

Clonaslee did respond with a point of their own from Conor McEvoy after a great catch by Glen McEvoy. Aaron Bergin and Cormac Rigney then traded points and after 17 minutes of play the Portlaoise men lead 0-6 to 0-3.

John Rowney then brought his side back level as he blasted a 21 yard free into the bottom corner of the Portlaoise goal. Rowney then pushed his side out in front when he converted a free from the halfway line.

The lead didn’t last long for the Clonaslee men as Aaron Bergin picked up a loose ball and placed it past James Young in the Clonaslee goal. Cian Taylor added another point before the break to leave Portlaoise leading 1-8 to 1-5 at half time.

Cian Taylor moved to full forward during the game and the Laois senior caused the Clonaslee defence all sorts of problems.

He added his third point of the game after 33 minutes from a really tight angle. Clonaslee did respond with a point from Glen McEvoy but Portlaoise kept adding to their tally to take a 1-11 to 1-7 lead after 40 minutes.

Tommy Fitzgerald then stepped up for Portlaoise to add a great point for his side following up from a brilliant catch. Taylor followed up with another point as Clonaslee could only find a response through John Rowney frees.

The game finished with three points in quick succession from Portlaoise, two of which came from the stick of Cian Taylor from out near the sideline, as they are now just one win away from a return to the Laois SHC ranks, with a final date against The Harps up next in two weeks time.