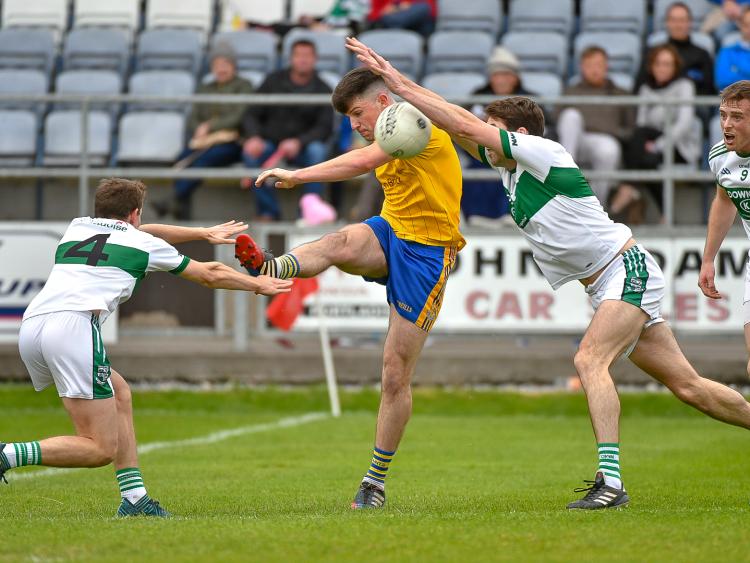 Portlaoise are safely through to another Laois SFC final, as they comfortably overcame St Joseph's in O'Moore Park on Sunday.

The win was not without cost for the reigning champions though, as they lost experienced full-forward Brian 'Bruno' McCormack to a straight red card in the second half. He is now set to miss the final, but such is their current dominance of the Laois SFC, it shouldn't knock them out of stride too much. Enda Butler was sent off for St Joseph's in the same incident.

The game got off to a slow start, with neither team managing to register a score in the opening seven minutes. In that time, St Joseph's had created a couple of chances, but playing into a stiff breeze, their shoot wasn't good enough.

Craig Rogers finally opened the scoring in the eighth minute, and second later he was put through on goal, but Dan Dunne turned his effort over the bar.

Ricky Maher then made it three points in two minutes when he raced into space and slotted over from 30 yards out, as Portlaoise started to take control. Soon after, a loose pass by Cathal Fleming allowed Portlaoise to win possession and Bruno McCormack popped one over, before he repeated the trick to see Portlaoise into a five-point lead.

St Joseph's finally got on the scoreboard in the 14th minute, courtesy of a Mattie Campion free. Campion was then fouled and tapped over another as St Joseph's started to assert themselves in the game.

They were defending reasonably well and were making inroads in attack, but too often their shooting let them down. They were come to regret it.

Conor Boyle served another warning to St Joseph's when he got through for another goal chance, but he blazed over the bar. They hadn't long to wait though, as a minute later Ricky Maher's powerful shot flew into the top corner of the net.

Reeling from that, St Joseph's conceded another three minutes later. A shot from distance hit the post and bounced down to the left side of the penalty area, and with St Joseph's having switched off, Colin Finn and Bruno McCormack combined to set up Ciaran McEvoy for a simple finish.

Portlaoise powered on from there, hitting three more points before half time to hold a commanding 2-9 to 0-2 lead at the break.

The second half started with Craig Rogers and Brian Daly trading pointed frees, before Benny Carroll and Ricky Maher struck within seconds of each other, as Portlaoise edged further ahead.

There was no real cut and thrust to the game though, with the final result in little doubt after Portlaoise finished the first half so strongly. Dean Brophy got St Joseph's first point from play in the 38th minute, but then came the major talking point of the second half.

After Portlaoise were awarded a free just inside the St Joseph's 45 yard line, a row broke out and resulted in Bruno McCormack and Enda Butler being shown straight red cards by Maurice Deegan, a half time sub himself for John Flynn, who got injured in the first half.

It made no difference to the competitive element of the game though, and Portlaoise finished with a flourish as Scott Lawless and Paul Cahillane both goaled within a minute of each other.

St Joseph's kept battling on, and were rewarded with late points from Mattie Campion and a goal from Michael Keogh, but Portlaoise had the game well-wrapped up by that stage.