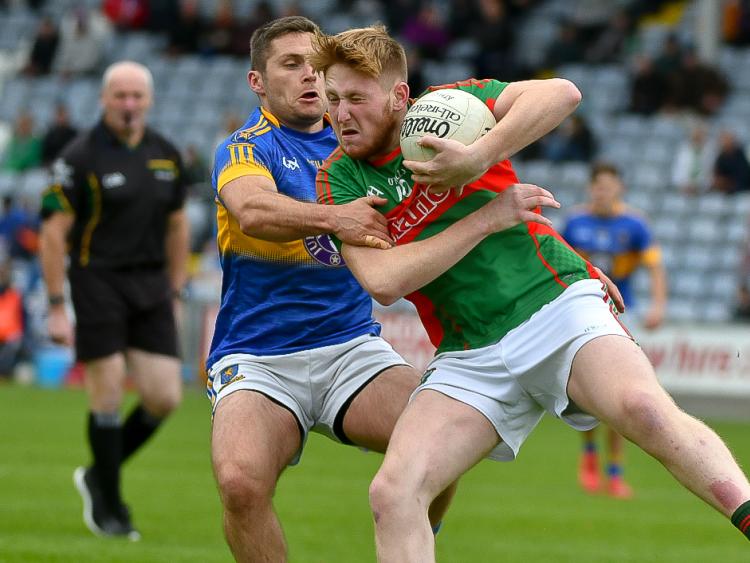 O'Dempsey's will contest a first Laois SFC final in 35 years after two second half goals from Mark Barry and Dan McCormack saw them past Graiguecullen on Sunday.

The game had been closely contested up until the the final quarter, when a brilliant goal from Mark Barry handed O'Dempsey's the advantage. Dan McCormack added another a few minutes later, and that was enough to see O'Dempsey's over the line.

O'Dempsey's almost made a spectacular start as, from the throw in, Barry Kelly sprinted right through the Graiguecullen defence. He was allowed an unimpeded run to the edge of the square, where he offloaded to Míchael Finlay. He tried to fashion a goal-scoring chance, but in the end had to settle for a point.

A minute later, Jamie Parr knocked over a free for Graiguecullen to level the scores, and then both teams seemed to settle back down after a whirlwind start.

We had to wait another five minutes for the game's third score, as Míchael Finlay again provided the score for O'Dempsey's, this time off his right foot. The Killenard men eventually doubled their lead with Matthew Finlay got his first, but Graiguecullen eventually fought their way back into it.

First Brian Byrne landed an good score from play, before he followed it up with a sweetly struck free from way out on the right wing. Goalkeeper Danny Bolger then came forward to float over a free, and Jamie Parr did likewise in the 22nd minute, making it four in a row for Graigue and they now lead 0-5 to 0-3.

Stung by that Graiguecullen run, O'Dempsey's responded in fine style, starting with a long-range effort from Matthew Finlay. Mark Barry then burst forward from midfield before checking onto his left foot and landing the equaliser, and they kicked on from there.

O'Dempsey's had rattled off five in a row at this stage, but a late Brian Byrne free left just two in it at the interval, 0-8 to 0-6.

O'Dempsey's made a lightning start to the second half, as Míchael Finlay pointed twice in the opening minute, with Ross Hennessy offering a response for Graiguecullen. Jamie Parr then landed a good free from the left wing, the two point gap the separated them at half time was restored.

The pace of the game started to pick up again after that, as Mark Timmons curled over a brilliant point off his left foot, but within a minute Barry Kelly had responded for O'Dempsey's.

Brian Byrne then made it one point game with his fourth point, but then game a lovely O'Dempsey's goal. Huge credit goes to Mark Barry, who cut in along the right wing brilliantly before placing a shot past Danny Bolger.

That put O'Dempsey's 1-11 to 0-10 ahead, but Graiguecullen battle on manfully as Mark Timmons landed two more excellent long-range points either side of a Mark Barry free.

Graiguecullen appeared to have weathered the shock of the O'Dempsey's goal, but were then hit with another when the ball was worked to Dan McCormack in the square. He slipped past Danny Bolger and tapped to the net, and O'Dempsey's now lead by six, 2-12 to 0-12, with six minutes left.

Graiguecullen needed goal now, but in a composed finish to the game from O'Demspey's, they dealt with any late Graigue attacks to seal a place in the Laois SFC final.