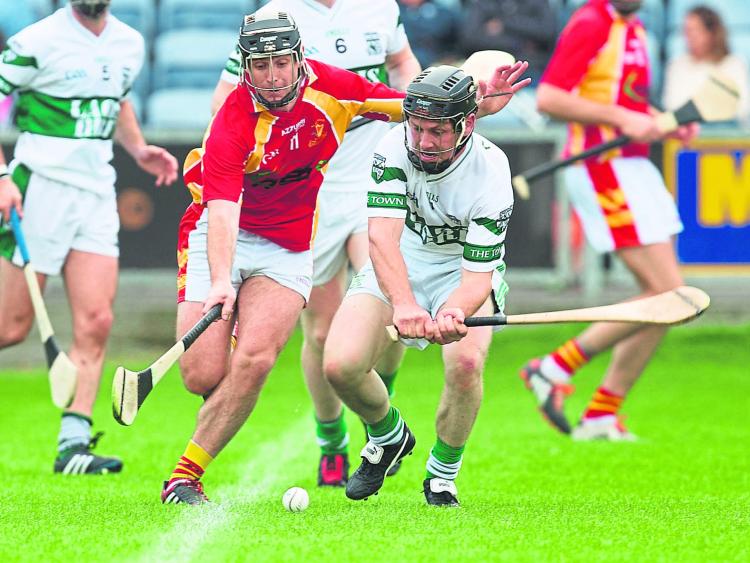 Portlaoise will look to cap off an unlikely season revival when they take on The Harps this Sunday in the Laois SHC 'A' final.

It is a date Portlaoise didn't look like making for most of this year, as they struggled from the outset in the league, and carried that form into the championship.

Up until their final round group games against Trumera, the only competitive game Portlaoise had won in Laois this year was against Abbeyleix on May 11, a 0-16 to 0-14 league victory.

When they proceeded to lose to Rosenallis and Clonaslee in their opening two group games, the outlook for hurling in the county town looked as bleak as it has done for some time.

They managed to beat Trumera in that final group game, and have made the most of their fortunes since. Aaron Bergin held his nerve to send over an injury-time winner in a quarter-final clash with Shanahoe Gaels, and then they avenged the earlier loss to Clonaslee quite comfortably in the semi-final.

While form has improved, the return of key players has coincided with that too, naturally. There were six personnel changes to the team which started the semi-final, compared to the one which started the first championship game against Rosenallis. Back into the team has come Frank Flanagan, Cahir Healy, Brian Mulligan, Gary Bergin, David O'Mahony and Colm Gleeson.

That is a serious injection of quality back into the team, with Mulligan persuaded to step up to the senior side after a year spent playing with the club's Junior C hurlers. Flanagan was in America for the summer too, with Joe Geaney also coming in as a sub in the semi-final.

The Portlaoise team which struggled so badly in the early part of the year has been suitably reinvigorated, but it remains to be seen if they can go ahead and win a title.

The Harps were installed as favourites for this competition before it started, and have given little reason since to suggest they do not deserve that tagline.

Having won all four of their games in the competition to date, they are running up big scores. Across those four games, they have an average winning margin of ten points, and generally speaking, they register 21 scores a game, which equates to nearly 25 points per game.

That is all very impressive, but all it has done for them up to this point is get them a place in the final, and this Sunday's game won't be decided on what they have done up to now.

This is a much higher-pressure game than anything which has gone before it, and Portlaoise will undoubtedly be the toughest team they have come up against so far.

There is still a question mark hanging over The Harps too after relegation in 2016. Their attempt to bounce back last year never really got off the ground, but they appear to have pulled themselves together this time around.

They set out their stall in the league and picked up some solid results in the early rounds (one of which was a ten point win over Portlaoise), which was enough to see them avoid any flirtation with relegation.

Their younger players have really blossomed as well, with Padraig Delaney an exciting prospect at centre-back, Ciaran and Daniel Comerford now central to their plans, and Richie Saunders realising some of his undoubted potential.

They are flourishing in a side which still contains the likes of Conor Dunne and John Brophy, so to be fair to The Harps, they tick a lot of boxes when you list of the things you need to build a championship-winning team.

So if the elements are there, it's up to the players now to see their work to date borne out on the field. It should be a good game, which The Harps will come into as favourites.

They'll need to embrace that and they have taken up the mantle admirably thus far. They have yet to be really put to the pin of their collar, however, so if Portlaoise can do that, which they surely will, then it'll really level the playing field here.

In the end, however, The Harps should have enough to get over the line here.