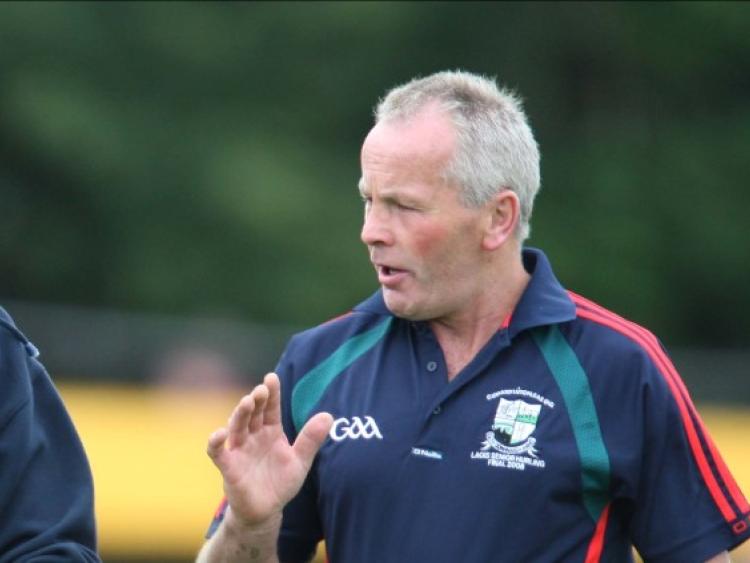 Ahead of this Sunday’s Senior County final between Rathdowney-Errill and Camross, we caught up with Errill man and manager of his native club, John Delaney.

Delaney, who won Laois championships with Errill and hurled for Laois in the 1980s, was a selector with the team in 2008 when they claimed the title with a one-point victory over Portlaoise.

Taking over the reigns from Kilkenny native Brian Young, Delaney will be vying to bring the Bob O’Keefe cup back to his hometown for the first time since 2014.

Asked about his goals for the year upon taking the helm, Delaney replied “Ultimately, the goal at the start of the year was to win a County final. The same as every club. And thankfully we’ve got there."

But it wasn’t all plain sailing for the Rathdowney-Errill men, drawing their opening round game with Clough-Ballacolla in a thrilling clash where Willie Hyland sent over an injury-time free to level it.

“Whenever Rathdowney-Errill and Clough-Ballacolla meet there’s never much more than a puck of the ball between them, and that game was no different,” said Delaney

Defeat to familiar rivals Camross followed in their second game, leaving their chances of progressing out of the group looking slim. That said, they were without the services of Ross King as he was away travelling, and Joe Fitzpatrick and Brian Campion working their way back from injury.

“We got off to a very bad start against Camross. We got back into it then but we just fell off the last few minutes. Rathdowney-Errill have a lot of good players, but the same as anyone else, we can’t afford to be without 2/3 players of that calibre.”

They went into the final group game against Castletown Gaels knowing they needed a win or face into a relegation playoff, and they racked up a convincing twenty-six point win to see them into the quarter-final where Abbeyleix awaited. Another big victory followed as they overcame Donal Franks’ men with twenty-eight point to spare.

Speaking of the big win in the Abbeyleix game, Delaney says. “The bottom line is, we were slowly trying to get everyone back together, injuries cleared up etc rearing to go and we got that.”

Heading into the semi-final against an undefeated Ballinakill side was no easy feat, but Delaney’s side prevailed with a strong second half showing to set-up a County final showdown with the reigning League and Championship holders, Camross.

“Preparations ahead of the final have been good. You get two weeks so there’s actually not much you can do. Training is more or less done and dusted at this stage, just light work before Sunday now.”

Speaking of the involvement of Bertie Sherlock in the camp this year, a man who had previously worked with Rathdowney-Errill, Ballinakill and Davy Fitzgerald in Waterford, Delaney said “We’ve had him in before, maybe not for such a long period. He has a big history, he’s going for his 50th County Final on Sunday - you better not tell him I told you that - and he’s only 73 years of age.”

“We have a nice blend of lads with three, four and five County titles, and plenty of young lads coming through. For some of them, it will be their first County title. There’s a great buzz around the place again.

"Ok, we were in the final in 2016, but it’s been a while since we won one. It’d be great for the young lads coming up because they’ll want to follow in these lads’ footsteps.”