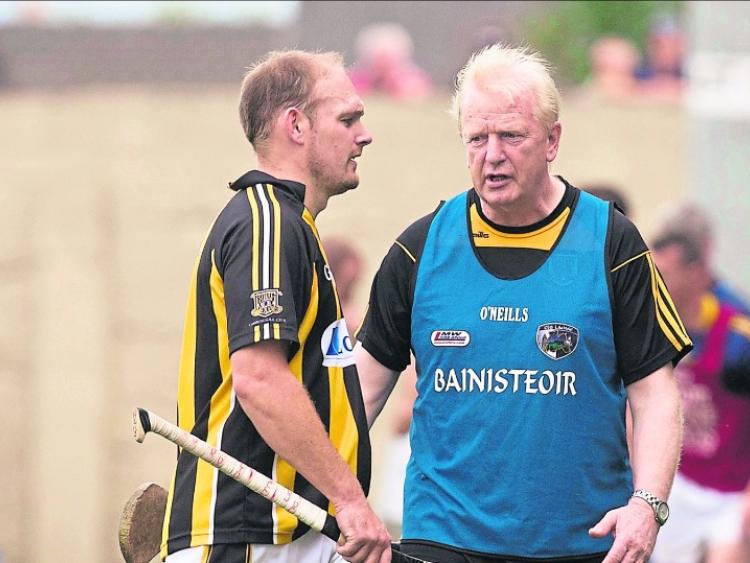 Looking ahead to Laois Senior Hurling final on Sunday, Camross manager Danny Owens took some time to speak with the Leinster Express.

The Kilcormac- Killoughey native, who in his own playing days acquired two All-Ireland medals and five Leinster titles, is looking to add a Laois Senior title to his repertoire of management accolades which already includes a Leinster title and three Offaly SHC titles with Kilcormac-Killoughey, as well as guiding them to an All-Ireland final in 2013.

On top of that, he is only the second ever outside manger to be welcomed into Camross, following in the footsteps of Offaly great Brian Whelehan who took the reigns a number of years ago, and the more immediate footsteps of Arien Delaney.

“I got a great greeting in Camross. They’re a great club, a very committed club, and a club that likes to win”, said Owens on his initial welcome to the club.

“Arien had done a great job obviously. He brought them to four county finals in five years, winning two titles, which is a great accomplishment. They’re a very committed bunch. I remember playing against Camross as a young fella - many, many years ago - and they were always a tough, loyal and close-knit group. And that was exactly the response when I came in.”

Camross are on course to claim a back-to-back League and Championship double, with Owens steering them to their second League title in as many years when they overcame the familiar challenge of Rathdowney-Errill.

“The build up was good. Seven rounds in the League plus the semi-final and final, while the Palmer Cup and Leinster League kept us busy too. It’s a lot of games and it meant we were out every weekend.”

Speaking about their surprise opening round Championship defeat to Castletown Gaels, Owens said: “At the time it was a fair shock. It put us in a difficult position where we had to win the remaining two games. That said, Castletown beat us fair and square, we can have no complaints about that. They were up for the game and duly won it.”

“For the Rathdowney-Errill and Clough-Ballacolla games, both very strong sides, our backs were against the wall for sure. We got over the line against Rathdowney, but even still that left us in an odd situation for the final group game against Ballacolla - win and we finished top of the group, but if we lost we were out of the Championship finishing last in the group. Thankfully we knuckled down and re-focused in order to progress.”

Topping the group catapulted Camross straight into the semi-final where a five week break awaited them. “Five weeks is a big gap. You’ve got to manage that period to ensure you’re at your best for the semi-final, which we needed to be against a Borris-Kilcotton side that had a big win in the quarter-final.”

Camross steered through their semi-final tie with Borris-Kilcotton with five points to spare: “It went right to the wire. We got a late goal five minutes from time that finished off the game. It was a very close, very physical game that could have gone either way.”

Camross are bidding to be the first team in sixteen years to claim back-to-back Bob O’Keefe Cups, but it’s not troubling the Camross manager. Owens said, “It’s not weighing on our minds. Okay, it would be nice to be the first team since Castletown in 2003 to retain the title - but really it’s just a stat, secondary to our focus.

"We’re focused on preparing as best we can, doing all the right things and being as ready as we can to defend the title on Sunday.”

Finishing up, Owens said “ We’re looking forward to the final, and we’re aware of the enormity of the task. The games with Rathdowney-Errill this year have all been tight, very hard-fought.