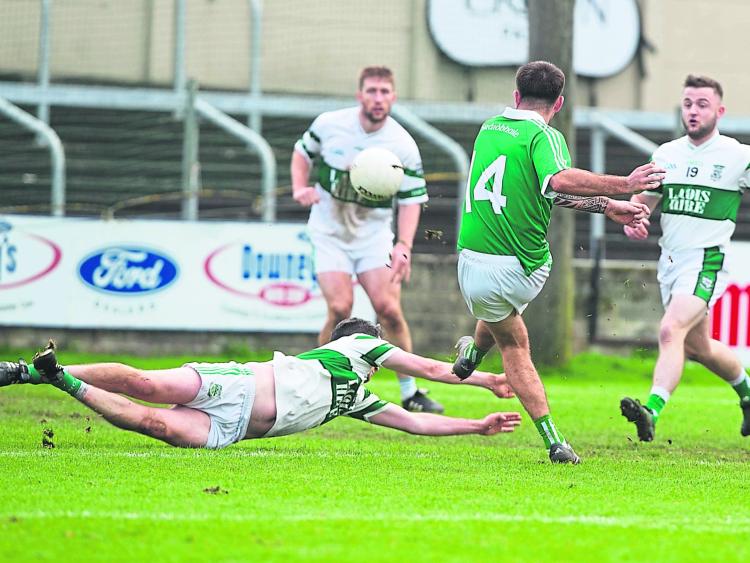 The conundrum facing O'Dempsey's this weekend is one few teams have managed to solve in recent times - how do you beat this Portlaoise team?

This being their twelfth final in a row, those looking to study the weaknesses of Portlaoise, or study their defeats, wouldn't have a lot of material to draw on.

They have only lost twice in Laois in recent years, the 2016 final against Stradbally, and their Round 2 game against Graiguecullen in 2013. They also drew once, that coming in 2016 as well, in the quarter-final against St Joseph's.

That's not much to go on, but all three games have one thing in common - late, late drama.

If anything is a further testament to Portlaoise's strength that the only times they have suffered adverse results, has been when they didn't have time to respond.

In 2013, Graiguecullen had been torn apart in the first half, and trailed 2-6 to 0-3 at half time, seemingly bereft of hope. A few positional switches, notably getting Mark Timmons out to midfield, changed the game, and they came roaring back.

With time almost up, they were just two points down when Mark Timmons slalomed through a couple of Portlaoise challengers before firing in a brilliant goal off his left foot to win it for Graiguecullen, who had held Portlaoise to just a goal in the second half. If finished 2-10 to 3-6.

Portlaoise eventually rebounded from that shock to beat Arles-Killeen in the final, but they next encountered serious opposition in 2016.

First, St Joseph's hinted that they were vulnerable that year by taking them to a replay in the quarter-finals.

On that occasion, St Joseph's were leading with ten minutes to, got pegged back by Portlaoise who then lead by one with normal time up. That's when Colin Campion took centre-stage, and with the last kick of the game, he curled over a brilliant free from almost on the sideline to earn his side a draw.

Again, Portlaoise had no chance to respond to that score, but did go on to win the replay.

They eventually ended up in the final, where they were face-to-face with Stradbally, the last team to beat them in a final back in 2005.

Stradbally managed to take the game to Portlaoise, who struggled to cope with the mixture of Gary Comerford, Jody Dillon, and the loss of Brian McCormack in the first half.

Stradbally were 0-9 to 1-4 up at half time, but Portlaoise came back strongly after the interval, hitting four points in a row. Gary Comerford's goal got Stradbally back in the mix, but Portlaoise still lead by two when Jody Dillon wrote himself in folklore with a goal for the ages. It was the last kick of the game.

So, there is the blueprint for O'Dempsey's, just win it with the last kick of the game!

Joking aside, what we've seen in recent times would suggest that they're not going to overpower Portlaoise, but they need to have the mental strength to cope with the game. In all of the above examples, the teams managed to recover from setbacks within the game and work their way back.

So many teams get disheartened playing against Portlaoise, because they are so relentless, so good, and so clinical. When they get ahead of team, they pile on the scores and open up big leads.

They will look to showcase those traits again on Sunday, undoubtedly, but if O'Dempsey's are to have any hope, they must cope with that not let it affect their mindset too much.

The best chance they have is to keep themselves in the game, take it down to the last few minutes, and then come up with some magic. It's very easy in print, but incredibly hard in practice.