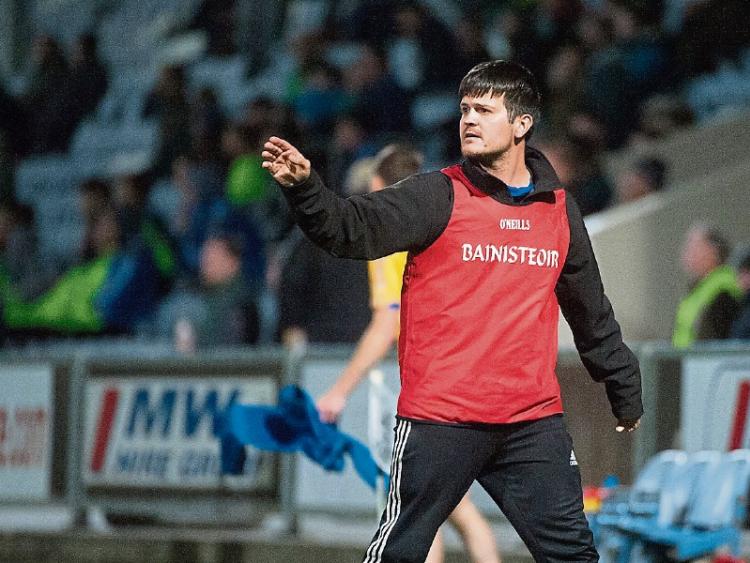 Looking ahead to his fourth County final in as many years with his hometown club, Portlaoise Senior football manager Malachy McNulty took some time away from his busy week of preparations to speak with the Leinster Express.

Portlaoise GAA are gearing up for their twelfth successive county final appearance, aiming to capture their eleventh title in twelve years when they come to blows with an O’Dempsey’s side that are appearing in their first final in thirty-five years in O’Moore Park on Sunday afternoon.

Portlaoise reclaimed the Delaney Cup last year with victory over Ballylinan, recovering from their surprise 2016 defeat to Stradbally where they were undone by a late Jody Dillon goal.

They eventually bowed out of the Leinster Club Championship at the quarter-final stage at the hands of the Kildare champions Moorefield with an agonising one-point defeat.

Asked if it was difficult to refocus after such a defeat, McNulty replied: “We haven’t changed much from previous years. What we do is fairly functional in the sense that we bring everybody together in January.

"Everyone that had been involved and everybody that’s going to be involved going forward – you just ask them to reflect on the year gone by and suggest areas of improvement for themselves and the whole team.

"There’s a lot of self-reflection too in relation to the management. We ask ourselves where we can do better and improve and from there we put a management team together, put the plans in place, and we go again.”

Speaking of The Town’s approach this year: “There’s not a huge amount different in relation to physical preparation, that’s been fairly similar.

"What we have done is we’ve tried to put an emphasis on the way in which we play. We want to play a forward-thinking brand of football that focuses on our strengths, rather than the opposition’s.

"Also, we’ve put a huge emphasis on recovery. Being sure we’re fresh at the right times and having a full – or as close we can – to a full panel when the big games come along.”

Despite Portlaoise’s unrivalled success record over the last decade or so, McNulty maintains they never look past the first round of the Laois championship. “Obviously we have a grand scheme to win the Laois championship, and you’d love to get back into the Leinster Club championship where you could maybe build some momentum and drive forward.

"But really when it comes down to it, you can’t look past the first round of the championship. And once you’re over that game you’re waiting to hear who you’ll play next, and you’re gearing towards that. And it’s quite as simple as that, we can’t afford to think beyond the next game.”

Good news on the injury front from the Portlaoise camp as they report a clean bill of health – but they will have to do without the services of veteran forward, Bruno McCormack, as the thirteen-time county champion was unsuccessful in his appeal to overturn the straight red card he received in the semi-final win over St Joseph’s.

Portlaoise came through fixtures against Ballyfin Gaels, Graiguecullen, Ballyroan Abbey and St Joseph’s en route to Sunday’s county final showdown. “We want to play to our strengths, we believe that a traditional footballing game where we try to play football, we try to move the ball as quickly as possible, and we try to get support runners up.

"You only have to look at our games so far to see the manner in which we’re playing and trying to break down teams.”

Looking ahead to the opposition on Sunday, McNulty is expecting a serious challenge from the Killenard outfit: “I’m expecting a tough game. They’re going to be hungry, it’s their first time in a County final in a long time.

"I’d also expect a fine traditional club like O’Dempsey’s to want to play football. A team that plays good solid football is the hardest to beat, in my opinion.”

The atmosphere around the Town is high, with some extra numbers at last Sunday morning’s training session: “It’s a really warm club community atmosphere with some of the parents and kids getting involved in some of the drills with the boys. It was really nice to see.

"From the club point of view, it’s my hope that club and surrounding areas and the community come out and support this county final. The support has been growing the last couple of years, and long may that continue.”