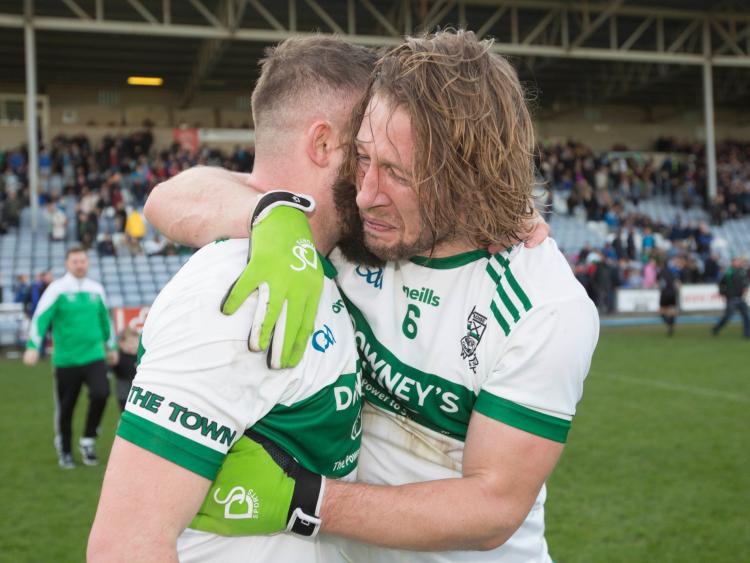 His list of honours almost surpasses the word-count in this article. He’s one of the most decorated players in the country, and he’s still hungry for more.

On Sunday afternoon he picked up his second medal in as many weeks, and according to Cahir Healy they’re the sweetest he’s received.

Healy collected his second Senior A hurling title last weekend when Portlaoise saw-off the challenge of The Harps in the decider, before adding his twelfth SFC title when Portlaoise beat O’Dempsey’s to claim their thirty-fourth title in total.

To anyone in attendance on Sunday, you may have seen an emotional Healy drop to his knees on the hallowed turf of O’Moore Park at the final whistle, and few can blame him for taking an extra minute to savour this one - especially given the lengths he went through to get there.

He’s not long back from a devastating cruciate injury he picked up last summer while lining out for the Portlaoise hurlers in their opening Championship game.

“I got back from the cruciate (injury) about eleven weeks ago, and it’s just the dream. The dream year after the last few horrible ones, I guess. I’ve had a lot of lonely nights the last few years trying to get back playing, but I’m here today,” said Healy.

While speaking to the Portlaoise manager, Malachy McNulty, in the build-up to the final, he took a minute to single out Healy: “Cahir had a huge injury to his knee over a year ago. The man is immense in relation to his rehab and his application. He’s done astonishingly well to get himself right and come back to play Championship. The thing with the likes of Cahir is that with every game he’s getting under his belt, he’s becoming more confident and stronger - and it’s great for our club, and for Laois.”

Recounting the journey to his twelfth title, Healy says: “They all mean as much as the previous one. Your hunger never gets blunted. I suppose these two titles, bar my first Senior hurling and football, are probably the most special.

“We won in 2015, and then the ten-in-a-row was snatched off us at the death - that one hurt a lot, and I’m not getting another go at the chance to win that. If you’d lost by ten points you could say we were just hammered. You’d have no quips. But when you lose to a last minute goal, it’s what-ifs.

“You get relegated from the hurling. You’ve torn your cruciate. You’re missing out last year when they got the title back - I just think these two wins, the hurling last week and the football today, are the sweetest I’ve ever had for me personally.

“It’s been a lot of lonely nights in the gym in London on my own, pushing leg weights non-stop.”
Looking ahead to the Leinster Club Championship, Healy is rearing to go: “I can’t wait. We have the hurling in three weeks, and I think the football is the week after. It’s been eight or nine weeks in a row of Championship games, so I might take a few days off. Refocus then.