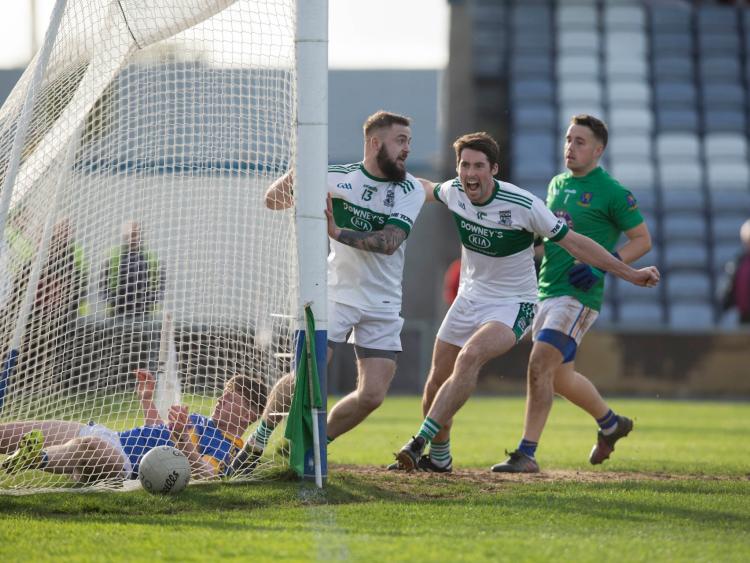 With the exception of captain Paul Cahillane and Co receiving the Delaney Cup and lifting it aloft on the steps of the stand in O’Moore Park, the biggest cheer of the afternoon rang out when Portlaoise’s Ricky Maher was announced as the Man-of-the-Match.

The Portlaoise forward has been in scintillating form throughout the year, carrying that form into the County final where he hit O’Dempsey’s for 2-2 on the big stage. That said, it’s been a long road for Maher to collect his Man-of-the-Match award.

He’s been knocking on the door of this Portlaoise team for almost a decade now, nine years to be exact, waiting patiently to take his chance.

On Sunday afternoon, he took it with both hands - his two crucial goals, one in either half, and MOTM award are testament to that.

Speaking after the game, Maher recounted his brace of goals: “The ball just came in. Kieran won it back, and it broke and just fell right to my foot. At first I thought the shot was going wide but it went in off the post and I’m delighted with that because I’ve been practising my finishing a lot lately.

“I was doing a bit of a crossbar challenge for the second one, really. Luckily it fell to me and that went in as well, and I think that was at a crucial point in the match for us too.”

He didn’t break into this Portlaoise team and give a MOTM display overnight, that much is certain. No, Maher’s rise from the bench to a spot in the pre-match parade is down to countless hours slogging away in Rathleague - and that’s not coming from the man himself, such has been his rise that captain Paul Cahillane felt obliged to mention Maher in his post-match interview:

“I’ll tell you what about that man, I’ve never seen a man work as hard as he has this year. He is ten years trying to break into that team. He gets a sniff of it this year and he changes his life off the field totally.

“He worked his socks off and is man of the match in a county final – now that is a story for you. He was absolutely brilliant all day again today, and he has been brilliant all year.”

Looking ahead, Maher said: “The hard work is paying off and I’m not finished yet. Malachy told me if I put it in that I would get my chance. I’m delighted to have got that chance and two goals in a County final is beyond my wildest dreams. It still hasn’t sunk in.”