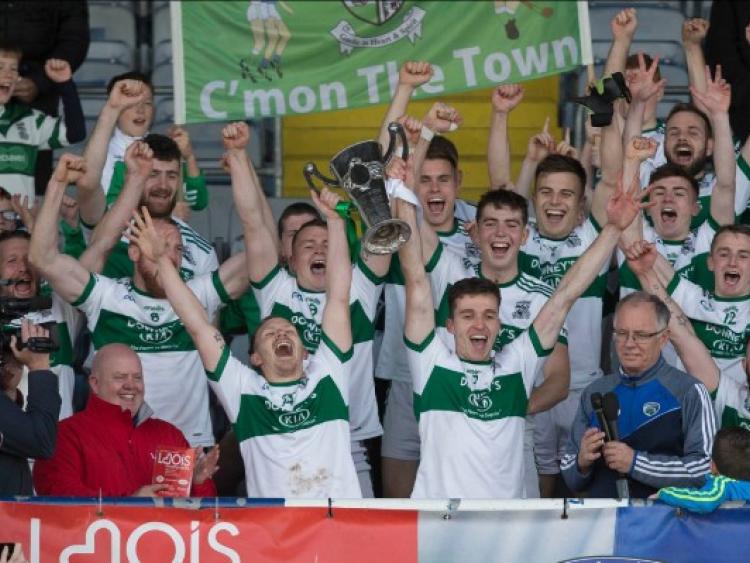 After a frustrating year on th e sidelines with injury, Portlaoise captain Paul Cahillane was able to lead his team up the steps in O'Moore Park after Sunday's Laois SFC final.

Having only made his return from injury in the semi-final, it was a positive end to the club season for Cahillane, but he admitted the sensation of lifting the cup was better than he could have hoped for. “I didn't know if it would ever come around after the year I had, but it's brilliant.

“I remember Cahir Healy speaking a few years ago and I thought to myself, 'what a feeling that must be', to captain where you are from, and the lads you grew up with to a county title, but it's better than I thought.”

While it was a disappointing season for him personally, he admits that he had total faith in his team mates to get Portlaoise over the line. “It was a tough year, but I trust the boys 100%, like Bruno trusted us today, I knew they'd get the job done and I knew they'd give me a chance to help them out and for most of the year they didn't need me.

The final proved to be bit closer than many expected, as O'Dempsey's gave as good as they got for long spells. It caught some of the crowd by surprise, but not the Portlaoise captain. “O'Dempsey's were the team I feared most this year.

“Through the years we would have had great battles with Robbie Kehoe in his age group and we know how tough they are, they proved today. I think we got the rub of the green on a few things today and we'll take that.”

Cahillane also paid tribute to the influence of his partner in the full-forward line, Brian 'Bruno' McCormack, who missed the game through suspension. “The man is a legend, he took me under his wing in my first year, eleven years ago, and I'm still looking up to him today.

It was nice to do that one for him, after him carrying us so many times over the years when things we going wrong, but he won't want me talking about him, because he knows how valuable all of the teams is to us. He's back the next day, which is great boost to us.”