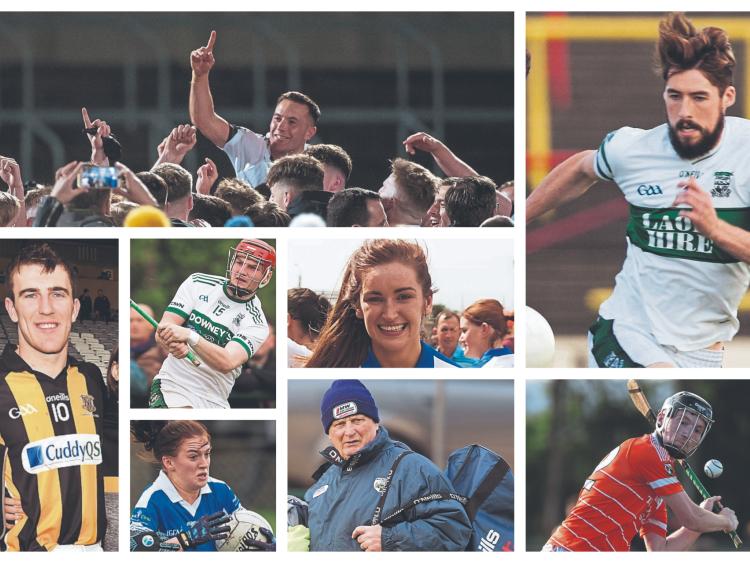 The Laois GAA awards have been selected for the 2018 season, with Conor Boyle from Portlaoise and Ciaran Collier from Camross taking the Senior Players of the Year honours.

Boyle was chosen after a superb year at centre- forward for Portlaoise, playing a key role in helping them to a 34th Laois SHC title.

Ciaran Collier was the outstanding candidate in senior hurling, where his aerial ability and eye for a score were consistently used to devastating effect for the county champions, as they retained their title.

The Hall of Fame award will go to Arles-Kilcruise's John Conway, a stalwart of the Laois senior football team in the 1960s and 1970s. He was part of the Laois U-21 team which won the county's first ever Leinster title in that grade in 1964, before going on to play senior for Laois for 15 years.

He was a regular with Leinster in the Railway Cup as well, contesting five finals, and was chosen as left corner-back on the Laois GAA Team of the Millenium. When his distinguished playing career finished he went on to become a referee, and still volunteers regularly as an umpire.

The Special Lifetime Contribution Award will go to Portlaoise man Ollie Byrne, who has been involved with countless Laois GAA committee and backroom teams for almost fifty years. He is currently part of John Sugrue's back room team with the Laois senior footballers, and is the secretary of Laois GAA's County Football Steering Group, and has previously been involved with the county football and hurling committees.

In football, the Intermediate Player of the Year will go to Courtwood's Niall Donoher, who was outstanding as his club claimed league and championship honours.

In Hurling, Portlaoise sharpshooter Aaron Bergin was given the nod as Senior 'A' Hurler of the Year. Injury ruled him out of the final, as he picked up a knock in the process of scoring a goal in the semi-final, but his performances up to that point were enough to see him take the honour.

At Intermediate level, Slieve Bloom's Ciaran Conroy was selected for a brilliant year at wing-forward, as he was the stand-out player in the grade, scoring 1-8 in both the semi-final and final.

In Junior 'A', Mountmellick's Donnchadh Hartnett was chosen for a brilliant season in guiding his team to a second county title, and promotion, in two years.

Kyle forward Eoin Quinlan was the choice for Junior 'B' Player of the Year, with his season culmination with a haul of 0-10 in the county final, while Mark Hennessy from Clough-Ballacolla Mountrath is the Minor Hurler of the Year.

Referee of the Year is Portarlington's Brendan McCann, Paddy Donovan is Handballer of the Year after winning both Irish and World titles in 2018, and Kevin Maher is the Rounders Person of the Year.

The Borris-in-Ossory Kilcotton instrumental group have claimed back-to- back awards after winning an All-Ireland title this year.

The only award left outstanding is the Camogie Player of the Year, which will be confirmed in due course.

The Laois GAA awards, sponsored by Mochua Print and Design, will take place on Friday, November 16 in the Midlands Park Hotel.