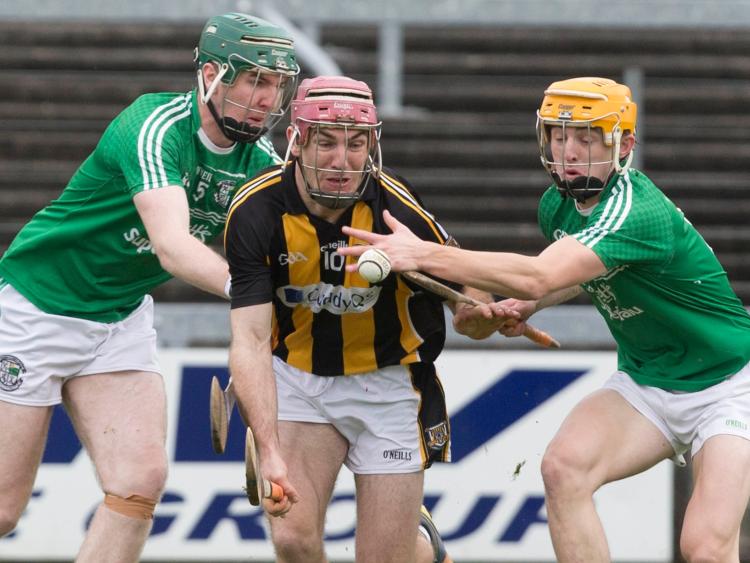 Camross are out of the Leinster Club SHC, as Wexford champions Naomh Eanna proved too strong for them in O'Moore Park on Sunday afternoon.

Camross got off to a bright start, despite Naomh Eanna opening the scoring through David O'Brien. Ciaran Collier quickly leveled up the scores, and then a brilliant effort from Mark Dowling put them ahead.

Zane Keenan then stepped up to take a free from just inside his own 45 yard line, and he sailed it between the posts, before adding another placed ball from close range. Keenan then made it three in a row for him with a 65, and the Camross now lead by four points after just eight minutes.

Naomh Eanna's game plan was fairly simple at this stage, as they played long, direct balls forward to Conor McDonald. Malvin Moloney competed will in the early stages, but the volume of ball going up to the Wexford man meant it was inevitable he would have a big bearing on the game.

Charlie McGuckin pointed for the Gorey men to break the Camross run of scores, and then a wonderful bit of skill from McDonald created the first goal of the game. His deft touch to rise the ball in a crowd allowed him to feed David O'Brien, and he made no mistake for a well-worked goal.

Padraig Doyle then pointed a free to put Naomh Eanna ahead, but Camross responded in fine style. A foul on Dean Delaney 21 yards out allowed Zane Keenan a crack at goal, and his effort found the bottom corner despite Barry Kinsella getting a touch on it.

Moments later, Dean Delaney had a chance for goal, only to see it saved by Kinsella, as the opening stages proved to be highly entertaining. Keenan landed another free to push Camross three ahead, but Naomh Eanna really hit their stride after that.

Again it was O'Brien with a telling score, as good play fro Padraig Doyle set him up eight yards out, and he rifled past Thomas Dunphy. Darragh Hughes, Conor McDonald and Padraig Doyle (2) all pointed to pushed them five ahead, and then came another hammer blow.

McDonald won possession 21 yards out, and with Malvin Moloney unable to close him down, he hammered a shot to the roof of the net for a brilliant goal. Niall Holmes and Zane Keenan responded for Camross, but Padraig Doyle's late point saw the Wexford champions lead 3-10 to 1-8 at half time.

The start of the second half was relatively low-key, with both teams managing a point in the early stages. Camross then started to build a bit of momentum, as a Keenan free and a point from Niall Holmes left two goals in it, and the Camross crowd started to find their voice.

To Naomh Eanna's credit, they quelled the uprising fairly well, as they hit three of the next four points to push their lead back out to eight.

Keenan (free) and sub Oisin Bennett combined to leave two goals in it once more, as the Camross crowd willed their side to find an extra gear and reel in the Wexford men.

However, they wouldn't get another goal until deep into stoppage time, through Oisin Bennett, and by then it was too late for the men in black and amber, as Naomh Eanna had done enough to progress.