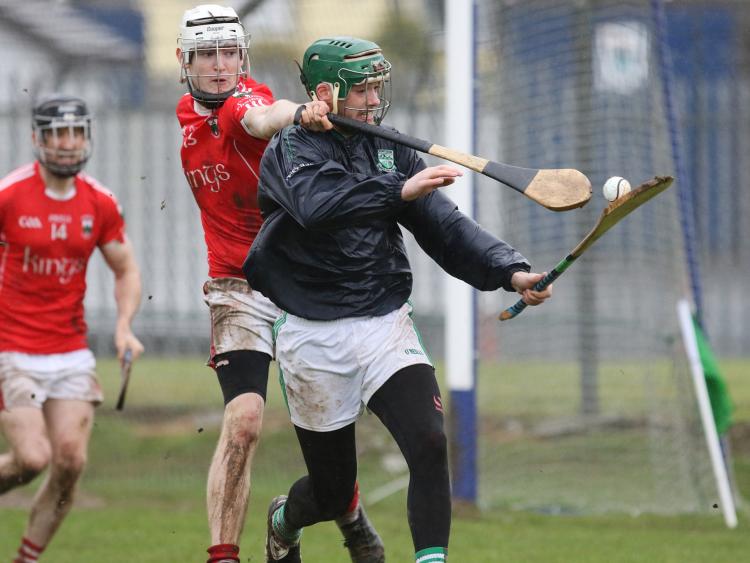 Hot on the heels of winning the Laois SHC 'A' title, Portlaoise have probably claimed an even bigger scalp in the Leinster Club IHC by beating Wicklow's Glenealy, who would have had realistic ambitions of going all the way this year.

No way would the Wicklow champions have been thinking of crashing out in the first round - especially after reaching the final in 2017 only to be unlucky to be beaten by a point by Kilkenny side St Patrick's Ballyragget.

However, truth be told Portlaoise richly deserved every point of their 0-16 to 1-10 win at a rain-soaked Joule Park Aughrim on Saturday.

For the most part this was a battle of youth against experience and youth carried the day. Conditions were far from ideal for fancy hurling but it must be said that the Laois men were more assured in their play and crisper in their striking.

Glenealy got away to a near perfect start with free-taker Jonathan 'Bosco' O'Neill posting a fine brace of points in the opening five minutes, the second from a placed ball. But if they were hoping to shatter the resolve of their opponent with a short, sharp blast, they were soon to find out that Portlaoise were made of sterner stuff.

Midfield star Gary Bergin brought Portlaoise level by the tenth minute, signalling that they were getting to grips with the tempo of the match and with the opposition, and corner forward's Cathal Duggan and Gavin Weir were to swap points by the end of the first quarter.

Bosco O'Neill pushed the Wicklow men ahead for the last time in the match in the 18th minute and then Portlaoise opened up an 0-11 to 0-5 gap by half them.

Portlaoise full-forward Cian Taylor was causing all sorts of problems for his marker Danny Staunton and the rest of the defence, and he had several 'partners in crime' in wingers Tommy Fitzgerald and Cormac Rigney, along with Cathal Duggan.

Glenealy lacked the same fire-power up front, Gavin Weir being the sole contributor until late in the game. As in most games Glenealy were depending on midfield sharp-shooter Jonathan 'Bosco' O'Neill for the bulk of their scores but his eagle eye let him down on a couple of occasions.

But there was nothing wayward about Taylor, Fitzgerald and Rigney for Portlaoise and they ensured that their team turned over to face the wind in the second half with a six point cushion at their back.

After the restart Bergin drove another nail in Glenealy's coffin but Jonathan O'Neill pulled a free wide of the target. Glenealy were awarded a penalty, but Bosco saw his effort saved by the alert keeper Eoghan Nealon, just one of many brilliant saves by the goalie including the first of two further penalty efforts for Glenealy by full-back Danny Staunton.

By the end of the third quarter Portlaoise had extended their lead to 0-15 to 0-7. To their credit Glenealy believed the could still pull this game out of the fire especially when Staunton blasted his second penalty attempt to the net.

The Wicklow men put in a storming finish that yielded two points by Jonathan O'Neill from a '65' and a free and a second point from corner-forward Gavin Weir. Then in the tense dying moments they peppered the Portlaoise goal but the winner's defence remained as rock solid as it had been throughout the match.