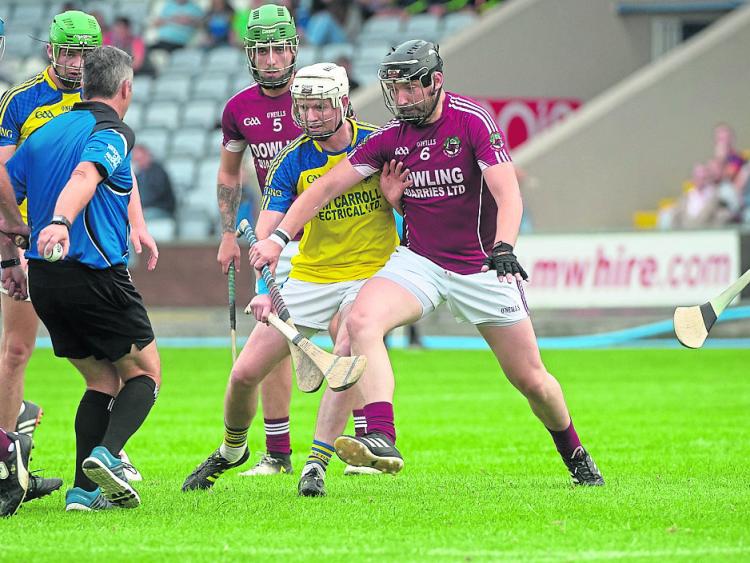 This Saturday night will see a host of hurlers from Ballinakill and Abbeyleix pull on a pair of boxing gloves and put some serious bragging rights on the line with their White Collar Boxing fundraiser.

Taking place in the Castle Arms Hotel in Durrow, a total of ten fights are scheduled, with some high profile battles due to play out. The bouts are split into three rounds, each lasting one minute each.

One which really jumps off the list is the fight between cousins Oisin Carroll and Podge Lawlor. Both full-backs and both weighing 85kgs, they look well-matched and should produce a cracker.

Laois hurlers Enda Rowland and Cha Dwyer are also paired off, although Cha will enjoy an 11kg weight advantage over the Abbeyleix goalkeeper. Will their hurling styles be transported to the ring? We know Enda is an expert at picking off scores from distance, while Cha likes to get in close and stand his ground, so it'll be an intriguing battle.

The full list of scheduled fights is below, and doors in the Castle Arms Hotel will open at 7pm, with the first fight due to begin at 8pm. Tickets cost €20, or special ringside seats can be purchased for €30, which includes table service.

Here are the head-to-head battles.