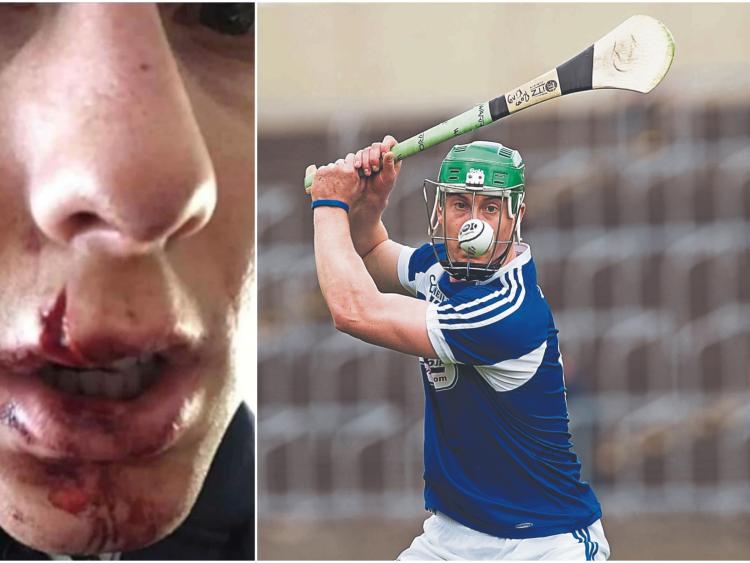 Ross King's injuries were one of a number of high-profile incidents in recent weeks and months.

A public meeting will take place next week to discuss violence in sport in Laois.

The title of the meeting will be 'Laois' Concern Against Violence in Sport', and is being opened up to many different sporting bodies in the county. All GAA clubs are being encouraged to attend, as well as soccer and rugby clubs. Former GAA President Liam O'Neill will also be in attendance, with an MC for the event to be announced in due course.

Anyone with an interest in the welfare of those involved in sport at either a local or national level is invited to attend.

There have been a number of high-profile incidents in recent weeks both locally and nationally relating to violence at sporting events.

A soccer referee officiating in the local CCFL league also suffered a broken jaw after being assaulted in the aftermath of a game a little over a week ago.

There have also been a number of violent assaults around the country, with mobile phone footage and the increased number of games being recorded seeing more incidents of this nature brought to public attention.

People in Laois will now have the chance to have their say on the rising tide of violence in sport, with a large crowd expected to attend on the night.

The meeting will be held in the Castle Arms Hotel in Durrow on Thursday night, November 29 at 8pm.