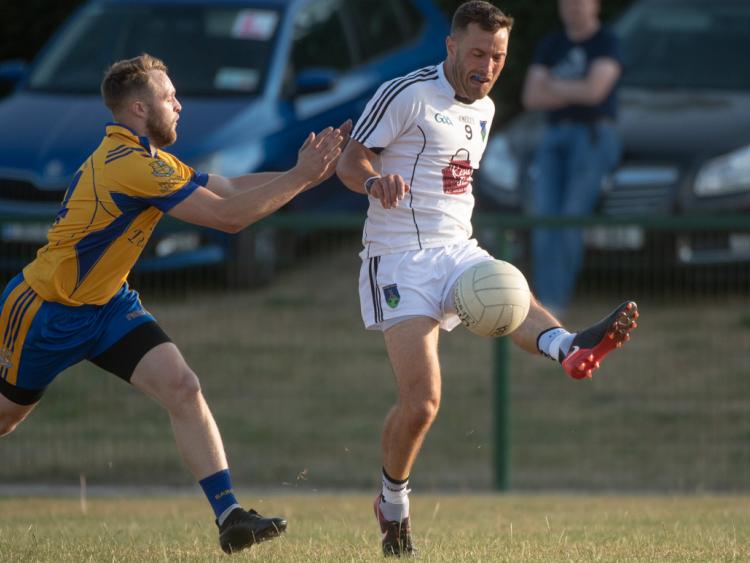 Courtwood's Niall Donoher's will be hoping to lead his side to a Leinster final appearance.

Courtwood will look to create their own bit of history this weekend, as they head to St Conleth's Park in Newbridge on Saturday for the Leinster Club IFC semi-final.

Eddie Kinsella's men will take on Two Mile House from Kildare, in what looks a daunting prospect for the Laois IFC champions.

Two Mile House have already accounted for Westmeath champions Shandonagh in Round 1, and then impressively got the better of Dublin side Round Towers Lusk in the quarter-finals.

Kildare senior footballer and former All-Star Peter Kelly is one of their star men, and despite making his name as a corner-back with Kildare, he has been a driving force at midfield for his club this year.

Last time out against Round Towers, the Dublin side were on a charge in the second half, only for Kelly to come up with two goals and spark his side back to life.

They ran out 4-14 to 1-16 winners in that game, and have plenty of fire-power upfront. There is a lot about them to make Courtwood sit up and take notice, but the Laois champions are enjoying a brilliant run at the moment, and will have taken a lot from the win over St Mochta's.

The Louth champions were only relegated from senior the year before and were a solid outfit, but Courtwood managed to get the better of them up in Ardee to seal their place in the last four.

Sean O'Flynn's brilliant form at wing-back has been maintained, and even with main men like Niall Donoher and Alan Kinsella held scoreless against St Mochta's, they had enough strength in the rest of the team to battle their way to victory.

Two Mile House are another jump in class, but Courtwood have no reason to doubt themselves after the year they've had.