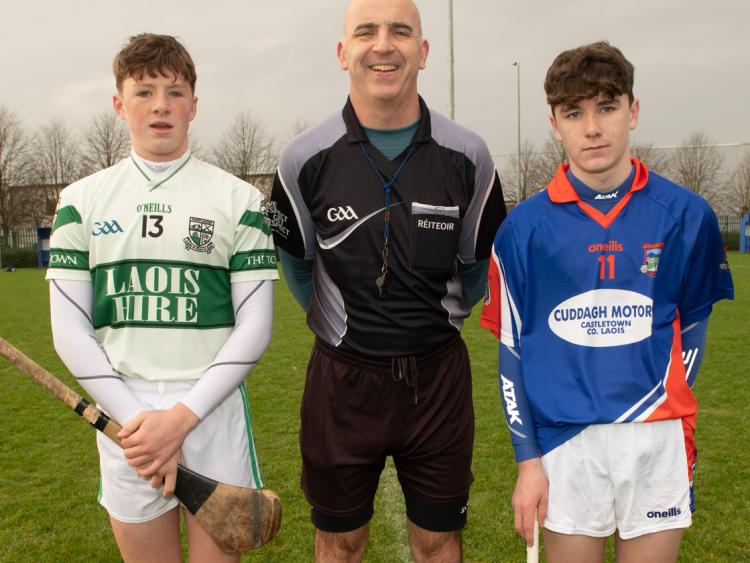 Portlaoise were victorious over Castletown Slieve Bloom in the U-14 Development League final on Saturday afternoon in the LOETB Centre of Excellence.

James Conroy was the star of the show as the nippy forward finished the game with 3-5. Portlaoise were the more dominant team for the majority of the game and it was a deserving victory for them.

However, it was Castletown Slieve Bloom who got off to the brighter start and had their first score on the board after just a minute of play thanks to a free from Ciaran McKelvey.

Portlaoise got up and running after six minutes when Ben Hyland pointed for his side. They then took the lead when Dylan Cahill pointed and Conor Brown followed up with another point from out near the sideline. After 19 minutes it was Portlaoise who led 0-4 to 0-3.

Jack McKelvey then made a great save on a James Conroy shot but Conor Brown was on hand to pick the deflection and place it in the back of the net. James Conroy and Conor McKelvey then traded points before the break to leave the half time score with Portlaoise leading 1-5 to 0-4.

Portlaoise continued their dominance and after just a minute into the second half they had their second goal. Sean Devitt made a great pass to Conroy for the forward to get the of first of three goals. Jack McGrath followed up with another point to push his sides winning margin out further.

Conroy continued to convert from placed balls and before the game was over he got in for his third and final goal of the game. He caught a high ball that was launched into the square and hung it up in the back of the net.

This was a well deserved victory for Portlaoise and a real boost to hurling in the town. They were much the better side and will look to build with this team for the future.