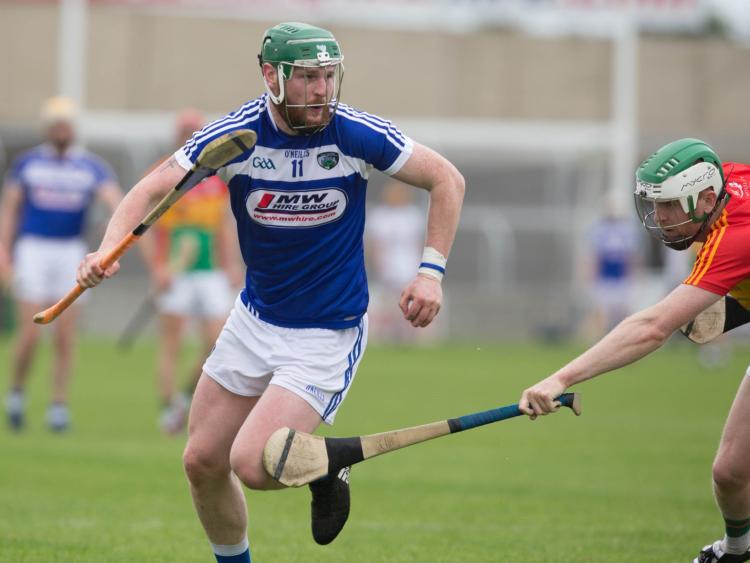 As the hurling season prepares to be sprung from its hibernation earlier than ever this weekend, some have already allowed their imagination to drift towards more glamorous occasions.

Neil Foyle, despite the relatively young age of 27, is an elder statesman on this Laois panel. He seen Laois hurling rise and fall with the tide of various managerial comings and goings, but he remains focused on what the overall goal is.

After a 2018 season which threatened disaster but eventually fizzled out, he has already set his sights on making up for a wasted year. “We targeted it (McDonagh Cup final) last year when the competition started out and that's what we set the target for, it didn't happen, so I don't see why we should change it.

“A goal is there to be reached and we haven't reached it yet, for me personally it's still there anyway, and I'd definitely be going for it again. We underperformed (last year).”

Despite the disappointment of Laois' debut McDonagh Cup campaign, the Borris- Kilcotton man's appetite and enthusiasm remains undimmed. “If you didn't enjoy it, you wouldn't be doing it.

“At this time of the year, it is not so glamourous, but when it comes to championship and you have the short grass and the fast ball, that is why we hurl and that is why we put on the jersey. That is why we puck the ball against the wall at 5, 6, 7 or 8.

"It is them days that you dream of and you hope their are kids around Laois who look up to some of the senior players that are here.”

A place in a Joe McDonagh Cup final is the ultimate goal, but there are many steps to take before that. The 2019 season starts with the Walsh Cup, and Foyle is keen to bring a good spell of form into Division 1B of the league, because he knows how important it is retain their status at that level. “We get the scalp at a few big teams in the league.

“The strong league comes into it, but it is not only preparation, we want to hold that status again because it is great competition. Galway and Limerick are in it, All-Ireland winners from the last two years, so we will use it to our advantage if we can."

Read also: Sports-themed table quiz in aid of the Cuisle Centre in Portlaoise this weekend