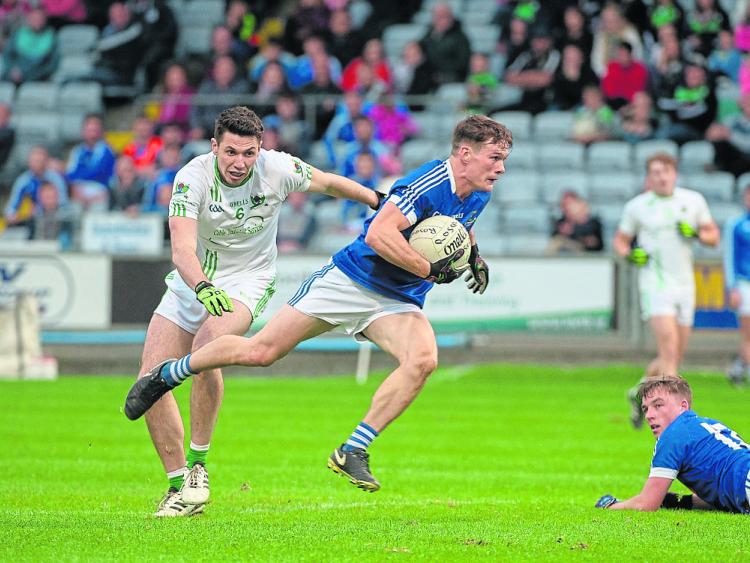 With the new football season fast approaching, optimism and excitement will build steadily around the county in the coming weeks and months ahead of their NFL Division 3 campaign in 2019.

Tomorrow night will see Laois take on Meath in Round 1 of the O'Byrne Cup, as a new-look Laois team will take to the field. While supporters in the county will be keeping an eye on the new players, the spectre of the new playing rules also looms over this game, as it offers the first chance for players and supporters to see them in action in a competitive game.

The rules have been introduced with a view to speeding up the game and encouraging teams to get the ball forward earlier, so it will make things interesting for defenders.

Ruaidhri C Fennell broke onto the Laois panel last year, featuring at corner-back for John Sugrue's side, and he's expecting things to be even tougher this year under these new rules. "Lads will try to kick the ball in a bit quicker so for me you just have to be on your toes. Over the last few years, what I found was that the build up was a bit slower with handpassing up the field so I was able to get myself set.

"So now with the ball most likely coming in that bit quicker, lads will be trying to catch their markers out of place. But it is going to be very experimental so we're not too sure what it will bring yet."

Having earned his place on the squad last year, he could hardly have asked for a better debut season. With Laois winning a league title and getting to a Leinster final, he knows he has to kick on now as the county continues to progress. "Yeah it was a brilliant year last year, especially for my first year in. For me the best achievement was to actually get onto the panel and that was fantastic in itself.

"This year again there’s a huge challenge, huge competition and a load of new names are coming forward so the competition is there to get back onto the team but I want that competition."

Having come from a club in the intermediate grade, Fennell admits the jump up to senior intercounty level was a tough transition to make. "There is a huge step up. Before that I was coming from a junior club and then intermediate and then straight up against lads that are senior, constantly playing there for a few years, so yeah, it is a massive jump up.

"Personally I love the challenge and it’s always been a dream to play for Laois so whether it’s at home training by myself or down at the club, I try to build on that and try to match the lads here beside me. It’s been a lot of work but it’s something I wanted to do."

While the O'Byrne Cup begins a lot earlier this year than normal, Fennell is still looking forward to the game as it offers a chance to put the intensive training into practice. "Oh yeah, that is why you are here. The gym work and the running sessions build you up towards the football but it is all built towards playing.

"You look forward to getting your hand on the ball again."