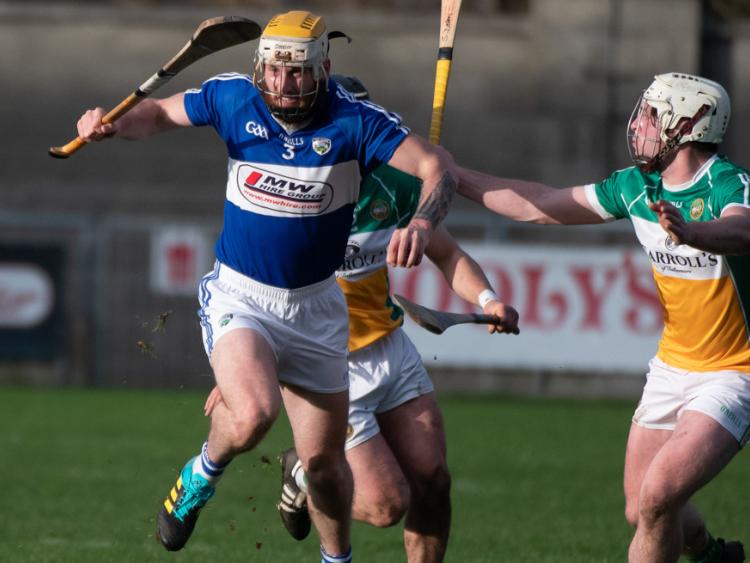 Laois and Offaly look set to become very familiar foes over the next six months with at least two clashes to come in league and championship, and the O’Moore County drew first blood against their northern neighbours last Sunday when they travelled to Birr and came with a late surge to win their first competitive tie of the 2019 season.

As one might expect on the first weekend in December, there was no shortage of ring rust on display at St Brendan’s Park and it took some time for this contest to show any of the usual spark that one might expect from a contest between these two rivals.

Offaly’s inaccuracy – the Faithful County shot nine first half wides, contrasting with five for Laois – meant that the visiting side maintained a slight lead throughout the early exchanges, with PJ Scully particularly influential at midfield.

Matthew Whelan’s battle with Offaly goal machine Oisín Kelly was also shaded by the Borris-in-Ossory-Kilcotton man, and that set the platform for Laois to edge a point or two ahead and to hold Offaly at arm’s length for most of the first half.

Momentum shifted when Seán Dolan caught the sliothar some 35 metres from goal in the 29th minute and promptly went on a rampaging run through the heart of the Laois defence, before knocking the ball underneath Enda Rowland for the game’s first goal.

A wonderful catch and score from Willie Dunphy undid some of the damage, but Offaly had their tails up and took a 1-8 to 0-8 lead into the dressing room, with just three of those Laois points coming from open play.

A close-range lift and strike from Stephen Maher brought Laois right back into the game, but Offaly continued to enjoy plenty of possession and with rangy full-forward James Gorman proving a real handful, they moved 1-14 to 1-11 clear going into the closing stages.

Laois had started to stop the rot however, with Aaron Dunphy hurling a lot of ball at midfield since his move out to that sector, while Eanna Lyons added real impetus up front after his half time introduction.

The Ballyfin attacker shot two crucial points and should have added a third, and when Aaron Bergin’s low shot was crept into the net despite Eoin Cahill’s partial save to tie the game up after 56 minutes, Laois now had a lot more of the right building blocks in place to go on and put the roof on their victory.

That solid foundation was clear to see in the closing minutes when the O’Moore County were by far the better side at both ends of the field. Ryan Mullaney swept up a lot of loose ball from centre back and also got forward to fire over a vital point.

Ciarán Comerford got himself on the scoresheet with a late score, and while Offaly failed to convert a couple of half chances for goals that might have altered the result, Laois were still enjoying far more good possession and they wrapped up the win with PJ Scully’s sixth point – his first from open play – in added time at the end of the contest.