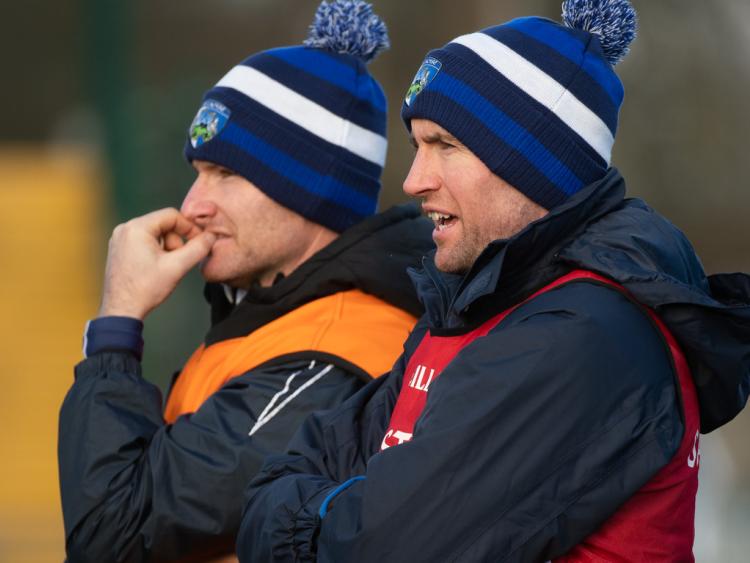 As a player he was known for his turn of pace and his clinical eye for a goal, but Laois hurling manager Eddie Brennan made it clear that in his new role, he’s far more interested in how his players apply themselves.

In that spirit, he said that Sunday’s comeback win over Offaly was a good indicator of the type of attitude he wants to see from this group in 2019.

“At the end of the day it’s a Walsh Cup match and there’s bigger matches coming, and ultimately the Joe McDonagh is what we’re all focussed on. But in the here and now, I’m pleased with how they went there today, that match was there to be won for both teams” he told the Leinster Express after his team’s three-point win in Birr on Sunday.

“On a day like today, when you put in two or three tackles in a row, the tongue can be hanging out of your head so it’s just to get lads into the habit of going again, even though you’re completely wrecked and you feel that the legs aren’t going to carry you. It’s just a bit of character building more than anything else, and that’s what these games are about”.

Some managers have made it known that they aren’t in favour of moving the start of the preseason competitions forward to December, but the Kilkenny native said that the prospect of the start of the Allianz League has forced their hand, that they would need to be well into their preparations already.

“The 27th of January is our mark to go to Galway, and you can’t just go up to a place like Salthill with four, five or six weeks of training done. You have to have a good belt of training behind you, you want to be in the best position possible to take on a team like Galway. So everything’s come forward, and a game like that today was a good battle, exactly what both teams would have wanted”.

Looking forward to next weekend and another local derby clash with Carlow, Brennan said that he wouldn’t get to look at every player just yet, but that was purely because of circumstances.

“We’ve a lot of guys committed to U-21 hurling next weekend and we’ve a few lads carrying injuries and that’s going to limit what we can do. We had ideally hoped to get a look at everybody in these matches but that mightn’t necessarily happen. We’ll go with a 15 next week and we’ll just try and win the match. If lads put in a bit of heart and a bit of performance, that will follow” he concluded.