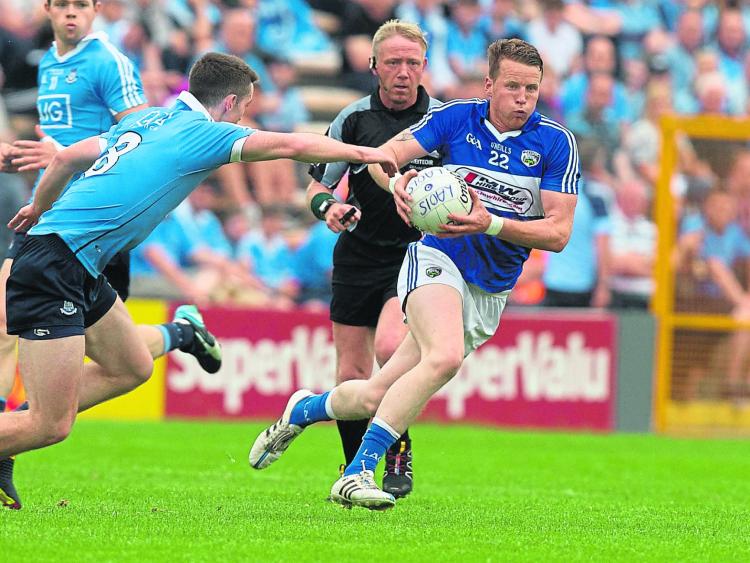 Kevin Meaney is set to return for the Laois footballers on Saturday.

Kevin Meaney is set to return to make his return with the Laois senior footballers this Saturday after he was named at midfield for the O'Byrne Cup clash with Wexford.

The Arles-Kilcruise veteran had stepped away from intercounty football after Peter Creedon's year in charge, but after impressing with his club this year, and also in the Divisional Trial Tournament, he has worked his way back into the fold.

He will partner Rory Bracken from O'Dempsey's at midfield this Saturday, with Danny O'Reilly making his first start since his assault last March. He is named at wing-forward. Colm Murphy will also get the chance to lead the line at full-forward, with only three of the team that started against Meath retained - Denis Booth, Eoin Lowry and Marty Scully.

Saturday's game now takes place in New Ross, and throw in is at 2pm. The Laois team in full is as follows;