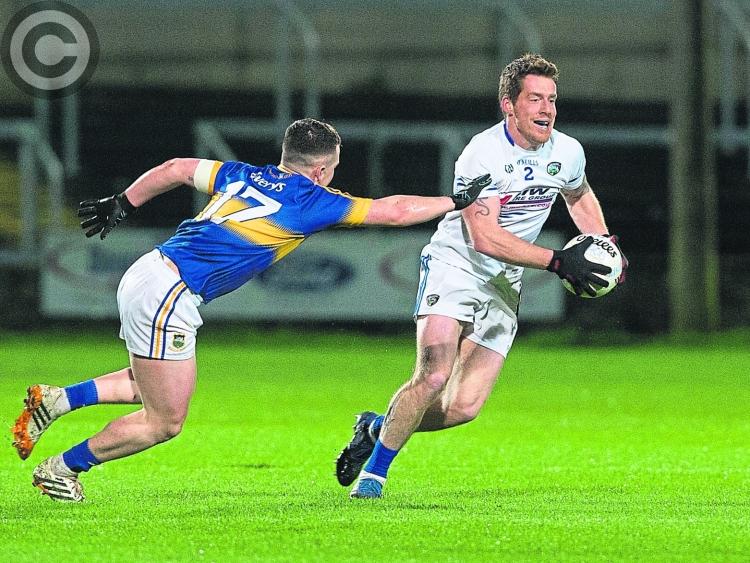 Darren Strong has announced his retirement from intercounty football, as the Emo man has opted to call it a day ahead of the 2019 season.

A regular for Laois since making the breakthrough onto the panel almost a decade ago, Strong featured for Laois throughout their NFL Division 4 campaign and run to the Leinster SFC final earlier this year. However, with a thriving sportswear business, the demands of intercounty football have proved too much, and he has opted call time on his career with Laois.

Strong established himself as a mainstay during Justin McNulty's tenure, as he made the right-wing back slot his own. Despite playing predominantly in defence he was a regular scorer for Laois, and became a vital cog in the team which qualified for the All-Ireland quarter-finals in 2012.

He showed his versatility last year when he won back his place on the starting team as a corner-back, playing there in the Leinster final against Dublin. He was a ferociously committed player and put in a huge effort in terms of training and perparation also, as we mentioned in this article last year.

He currently runs a sportswear business, DS Sports, which has grown year-on-year, and he now covers orders from all 32 counties for GAA gear. He recently got married and completed building a house also, and the time constraints he forced him to step away.

With his club, Emo, he has won two Laois IFC titles as well as taking Portlaoise to a replay in the 2015.