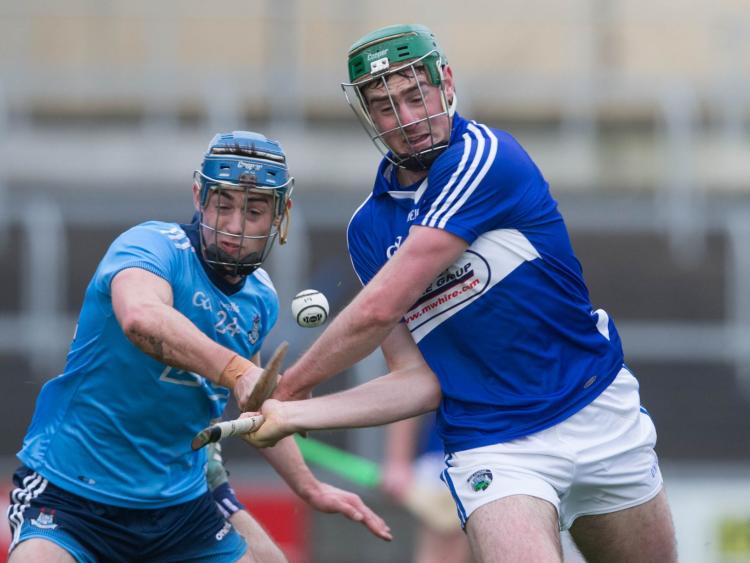 Laois were denied a rare win over Dublin in today's Walsh Cup clash, as Mattie Kenny's side edged over the line by just two points in O'Moore Park.

Dublin sounded an ominous warning from the throw in as Eamon Dillon had a goal chance within seconds. Enda Rowland was alive to the threat and thwarted the danger, but Dublin were in impressive form early on.

They were running hard and creating plenty of chances, but only had a John Hetherton free to show for their efforts after a couple of minutes of play. Mark Kavanagh responded for Laois, before Dublin created a lovely goal. A ball into John Hetherton saw the Dublin man play a lovely, cushioned flicked pass to Eamonn Dillon, who finished to the bottom corner.

Cian Boland and Dillon added points, and after five minutes Dublin were already five ahead, and the writing looked to be on the wall for Laois. To their credit though, they managed to keep themselves in the game. PJ Scully and Aaron Dunphy landed points to prevent Dublin from pulling too far ahead.

Midway through the half Scully landed a brace of frees to get Laois to within four, and coupled with Dublin's poor shooting, Laois were still in the hunt.

They really narrowed the gap after that when Mark Kavanagh and Picky Maher combined to set up Aaron Dunphy for an emphatic finish. Dunphy then added a point and another free from Scully had Laois ahead five minutes out from half time.

Enda Rowland then launched over a long-range free to double the Laois lead, but two John Hetherton points brought Dublin level at the break, 1-8 each the score.

Laois wasted no time in reclaiming the lead on the restart thanks to a Picky Maher point, but Dublin hit back with a score from Chris Crummy. That set the tone for a closely contested second half, as Laois more than held their own with their more vaunted opponents.

Laois looked to build up a lead ten minutes in when they rattled off three points in a row, two from PJ Scully, now at midfield, and one from Aaron Dunphy.

Those points rattled Dublin and Mattie Kenny emptied his bench in search of a spark, and they eventually hauled themselves level with points from Hetherton (free) and Fergal Whitely. That left things wide open with 15 minutes left to play.

With a bit of momentum behind them Dublin managed to edge themselves into the lead with another point from Whitely and one from sub Oisin O'Rourke, as they now lead by two with normal time almost elapsed.

Enda Rowland scored a 65 to get Laois within one, but a late Oisin O'Rourke point sealed a two point win for Dublin.