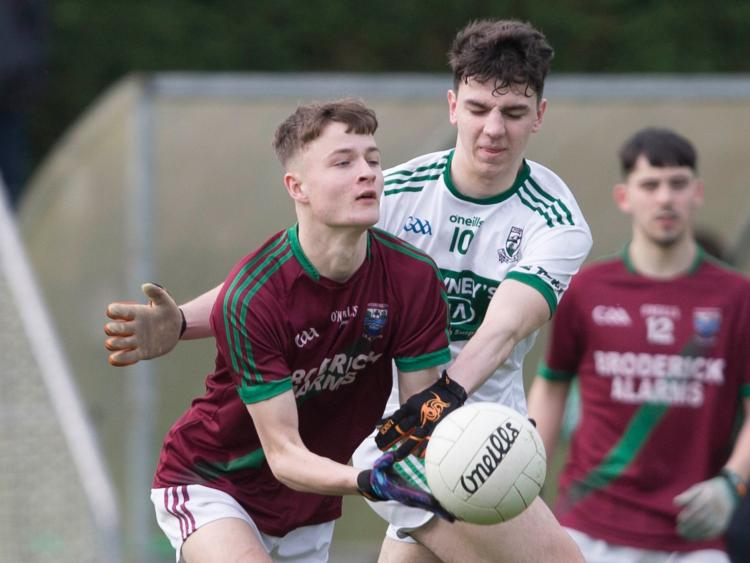 Portarlington have secured themselves a place in the U-21 ‘A’ football final after they eased past Portlaoise on Sunday afternoon in Ratheniska.

Portarlington were the dominant side throughout this game and two second half goals from Eoin McCann and Colm Murphy secured them a comprehensive victory. They will now meet St Joseph’s in the final next week after they overcame Ballyroan-Abbey.

Portarlington were in control of this game right from the off and had their first score on the board after just two minutes of play. Darragh Galvin cut down the left wing and jinked his way past a couple of defenders before placing the ball over the bar.

John Kavanagh got Portlaoise’s first score of the game after seven minutes from a free won by Damon Larkin. Jack Browne then pointed for Portlaoise to bring the sides level after 10 minutes at 0-2 each.

However Portarlington began to pull away after that. Their discipline in the tackle was excellent and they put such pressure on Portlaoise that they struggled to get the ball past the halfway line. Ronan Coffey put over a well-taken point before Portlaoise had a shot at goal from John Kavanagh denied by the post. The score after 17 minutes saw Portarlington lead 0-5 to 0-3.

Portlaoise did come back within in a point after 20 minutes thanks to a John Kavanagh free. However, it was the Portarlington men who finished the half the brighter as points from Colin Slevin, Coffey and Colm Murphy meant they went in leading 0-8 to 0-4 at the break.

Curtis Lyons got the scoring underway in the second half when he got what was probably the score of the game from out on the sideline. Colm Murphy added two pointed frees before he got in for goal. A high ball in by Sean Michael Corcornan was caught by Ronan Coffey who found Murphy free to blast the ball past Sean Hanniffy in the Portlaoise goal.

The Portarlington men were putting lots of pressure on the Portlaoise forwards and Colin Slevin and Robbie Pigott made some vital dispossessions for their side.

Portarlington then got in for their second goal six minutes later as Colm Murphy hand passed to Eoin McCann who slapped the ball into the back of the net. This left Portarlington leading 2-12 to 0-4 after 46 minutes of play.

Portlaoise goalie Sean Hanniffy then pulled off an excellent save to keep the Portarlington men from going further out in front. Portarlington were dealt a blow when Sean Byrne was sent to the sideline as he received a second yellow.

Portlaoise did get a goal of their own in the final few minutes of the game as Jack Browne was taken down in the square. The same player then stepped up to place the resulting penalty past Scott Osborne, but it was too late for a Portlaoise comeback as they ran out convincing thirteen point winners.