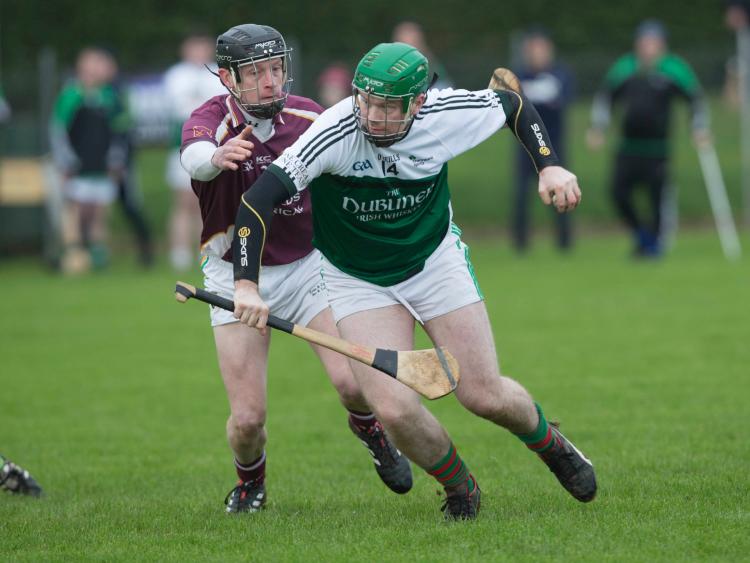 MJ Lalor on the attack for First Spirits Ireland against Mergon International in the Interfirms Leinster Junior final at Ratheniska. Picture: Alf Harvey.

First Ireland Spirits of Abbeyleix claimed the Leinster Junior Interfirms title on Saturday afternoon with one point to spare over Mergon International of Westmeath.

First Ireland Spirits had control of the game from the off but credit to Mergon International, who were after six points down after 48 minutes and managed to find a way back to almost snatch a draw. Alan Holohan pulled off two excellent saves for the Abbeyleix firm while Ronan Broderick was 100 per cent accurate on the frees.

Tom Ryan got the first point of the game out near the sideline with less than a minute on the clock to get the Abbeyleix company up and running. Colin Murray did reply with a point for the Westmeath firm but it wasn’t long before First Ireland Spirits raced into a four point lead.

Ronan Broderick converted two long range frees while MJ Lalor and James Jacob also got on the scoreboard. The score after 10 minutes of play saw First Ireland Ireland lead 0-5 to 0-1.

Broderick continued his deadly accuracy from frees while MJ Lalor found the range just before the break to leave the half time score 0-9 to 0-7 in favour of First Ireland Spirits. 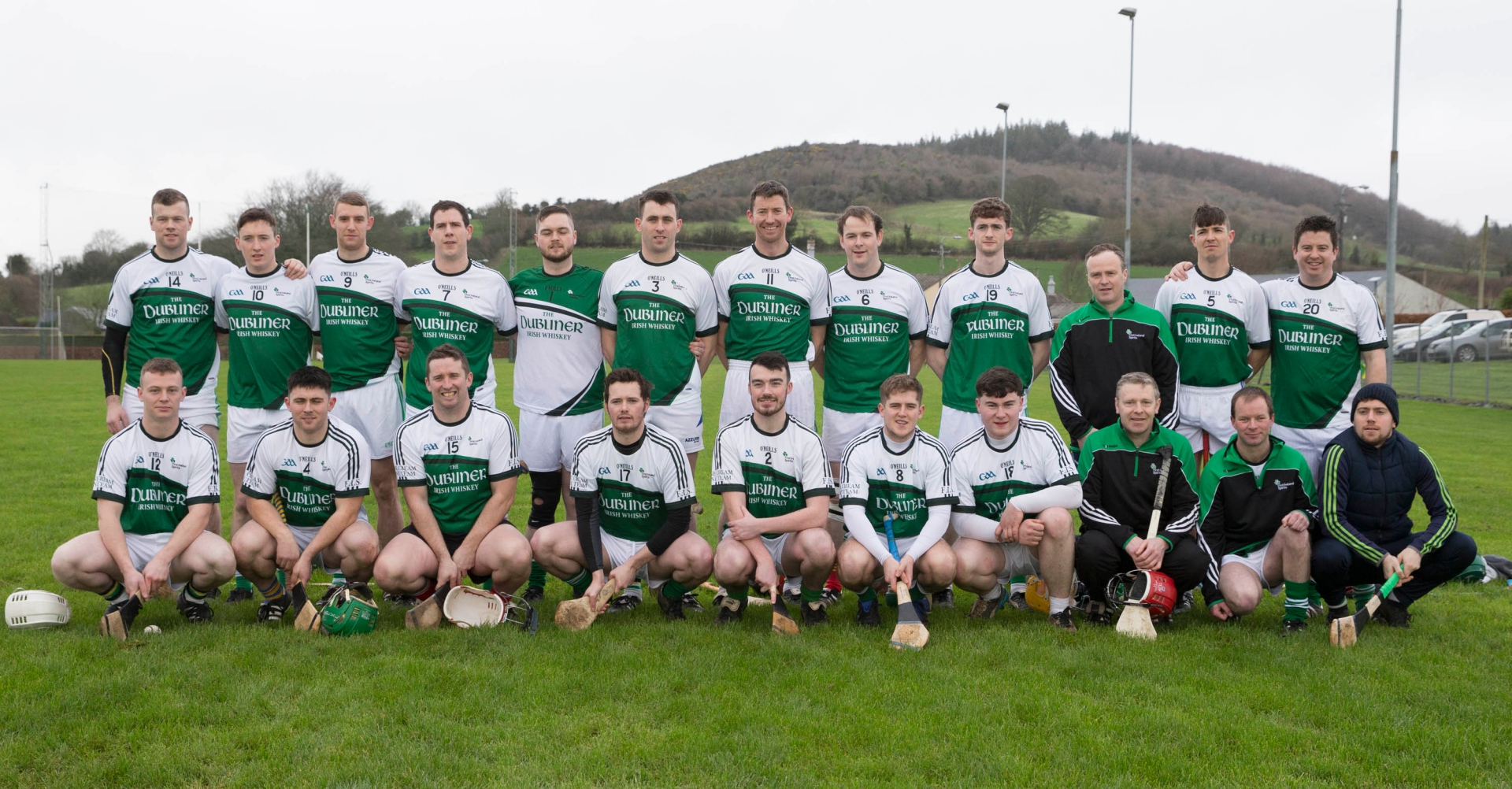 Mergon were quick to start the second half and had their first score with just a couple of seconds on the clock thanks to a Richard Crowley free. The Abbeyleix company were quick to respond however as Jamie Coffey found MJ Lalor free to place the ball over the bar. First Ireland then went six points clear as Broderick hit three unanswered frees. After 48 minutes of play they lead 0-15 to 0-9.

Mergon International then narrowed this lead when Richard Crowley found he back of the net for the Mullingar side. Colin Murray then followed up with two pointed frees while Aaron Orme also got his name on the scoreboard to leave just two points separating the sides.

Mergon pressed hard for a goal but couldn’t get past a solid First Ireland Spirits defence. Maurice Gavigan did fire over a point but it was all too late for the Westmeath company as First Ireland held on by a point.

Two great saves from Alan Holohan and some very good defending from Brian Costigan and Alan Kelly were vital in securing victory for First Ireland Spirits.