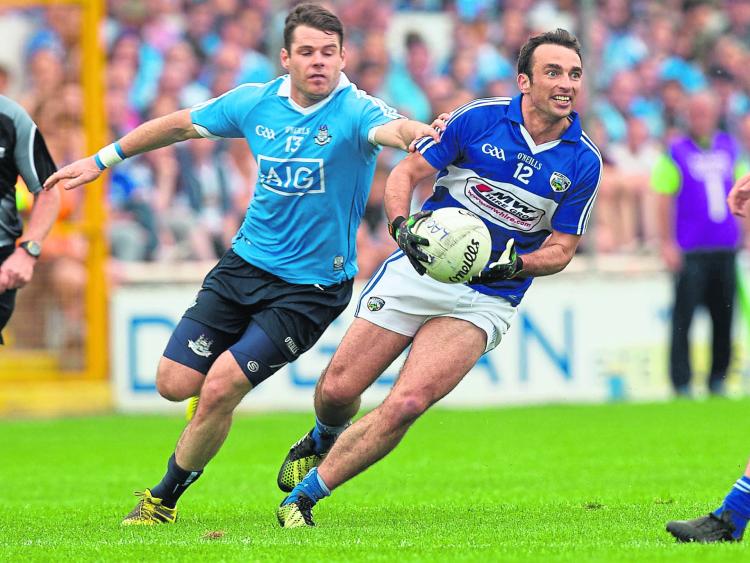 Gareth Dillon is now a vice-captain on the Laois squad.

Despite being one of Portlaoise’s stand-out players in the last few years and there being talk of him being nominated for an All-Star last year for his man-marking displays on Paul Broderick, Paul Mannion and Conor McManus, Gareth Dillon wasn’t always as well-known as he is now.

He is entering his fifth season as a Laois footballer, but failed to really get much of a look in until last year.

He is now most likely one of the first names on Sugrue’s starting team, and his rise can be used as inspiration to the younger players around the county.

“Someone said it to me during the summer, that it’s probably a great story for someone who’s not making it when they’re younger. That does certainly sit well, but when this time of the year comes round and you’re back, and you feel like you’ve been putting in the hard yards, you just focus solely on the year to come. You can’t reflect too much on last year.”

Dillon didn’t play for Laois at minor and U-21 level, and when asked whether it was a regret not playing more football when he was younger, Dillon admitted that he would’ve liked to have had more years in with the county.

“Yeah, I probably do a bit. I would’ve liked to have given more service. I was talking to (Mark) Timmons on the bus today, and he told me he was playing thirteen or fourteen years for Laois.

“Every year it’s a big commitment and five years is still a big one to be putting in for a county set-up.”

However, his late introduction into the set-up had a positive effect as well, as he came in with a point to prove. “When I came in I was constantly hungry and trying to be very competitive in training. You do probably build up those attributes naturally when you’re coming in trying to fight tooth and nail for a position on a team.”

His appointment as joint vice-captain comes as a result of that hard-working attitude, and he was happy to take up that role. “I got told it today, and it’s a very nice achievement.

“As I said though, I’ll be totally focused on myself and my performance. I’ll be trying to lead by example.”