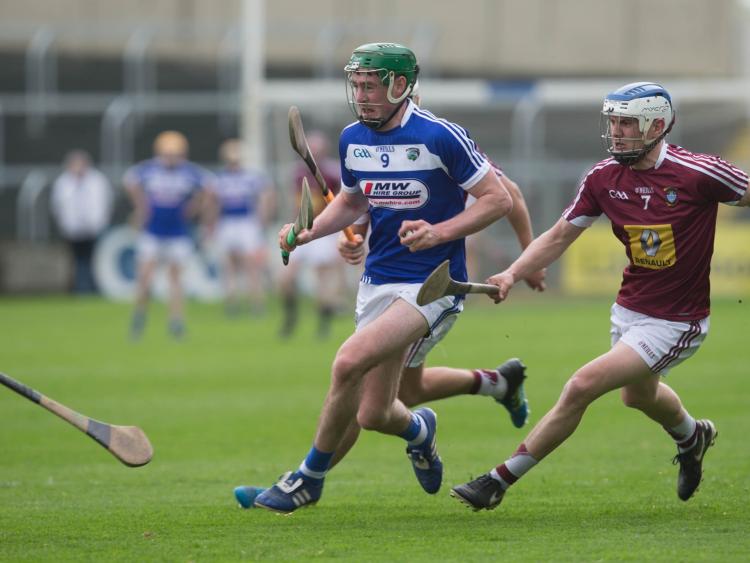 Laois midfielder Paddy Purcell has spoken of his pride after he was appointed team captain for the coming year.

Purcell succeeds his clubmate Ross King as captain of the county team, and was informed of the decision last Friday afternoon. He was still taking it all in when he sat down with the media that night.

Purcell has obviously impressed new manager Eddie Brennan in the short time they have been working together, but it's fair to say that Brennan has impressed him too. “We've really enjoyed it to be honest.

“Maybe over the last couple of years that's something that wasn't going on, players weren't enjoying it, but the enjoyment is definitely back with the players and we're really driving on now.

Maybe over the last couple of years that's something that wasn't going on, players weren't enjoying it

“Even since Christmas we have reached a new level, we're trying to improve every night we go out, trying to set new targets and new standards, and that's all we can do and we'll see where it takes us.”

The Laois panel were training prior to last Friday's media briefing, and the session looked crisp and focussed as they fine-tuned their preparations for Galway this Sunday. Laois have come close without getting over the line against Galway in recent years, and the prospect of a scalp remains high in the Laois agenda. “Yeah, we're trying new things, it's the only way to win.

“Our main aim is to win (games), we have Galway next week and myself or Joe (Phelan) have never beaten a big team (with Laois), and sooner or later that has to change in this county if we are going to drive on and fulfil our potential.”

The desire to claim that elusive win over a top-tier county has hung over this Laois team for some time. It gets brought up most years and it would be a marvellous thing to happen for Laois, but Purcell knows they can't dwell on it too much. “It's obviously something we'd love to achieve, but if it was to happen we couldn't stop there, we'd have to stay going.

“All we can do is keep working hard on the training field, keep the intensity up and if it happens it happens, we'll take it day by day.”

Eddie Brennan has made no secret of his desire to do well in the Joe McDonagh Cup, and while Purcell concedes it is the main aim for the squad in 2019, they are not focussing on that to the detriment of their league campaign. “Obviously our main aim is the Joe McDonagh Cup and getting to Croke Park, but the way the league is set out it's so important to stay in Division 1.

“It's like to mini-championships for us, we're only really looking at the league so far and building game on game. Being in Division 1 is a massive boost going into the Joe McDonagh Cup, big matches against Galway and Waterford, they don't come around too often and they are something to look forward to.

“They are a great stepping stone to Offaly in the first round of the championship.”

One of those stepping stones to Offaly in the Joe McDonagh Cup is Offaly themselves, as Laois will play both them and Carlow in Division 1B. They have already played them in the Walsh Cup, beating the Faithful County but losing out to Carlow in O'Moore Park.

Their league fate probably hangs on games against Offaly and Carlow, but there are other factors at play also, namely putting down a marker for the McDonagh Cup meetings later in the year. “Yeah definitely, they are our neighbours as well and we don't want them to get one over on us. Carlow have beaten us over the last few years and we'd be mad to get one over them, league and championship.”