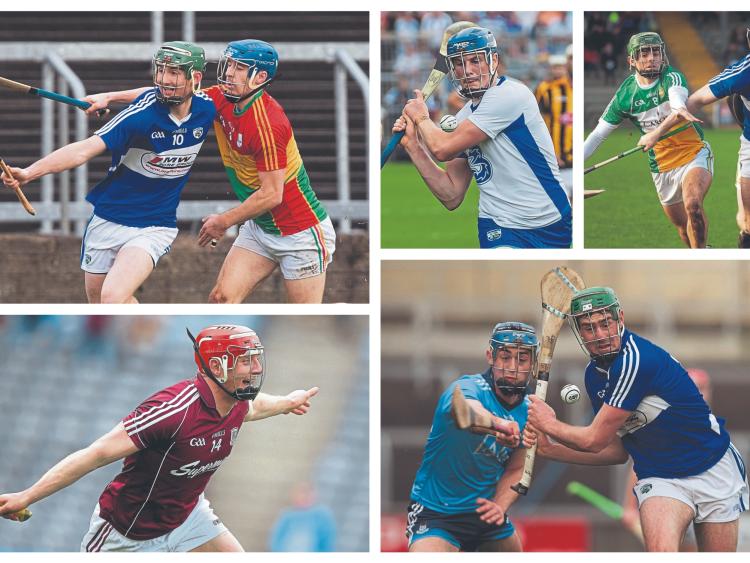 Team News: Much like the Carlow footballers, there is an air of optimism in the hurling squad and they will be looking to upset the odds and hold on to their place in the competition. They have no major injury concerns and have recorded victories over Laois and Offaly in the Walsh Cup. The Mount Leinster Rangers and St Mullins players provide the bulk of the squad and they are settled under Colm Bonnar.

Prediction: They know they can beat Laois and that makes them dangerous. They are progressing under Colm Bonner and will know that the Laois and Offaly games are key.

Team News: New manager Mattie Kenny has used the Walsh Cup to get a look at a lot of players, so he's working with a big panel at the moment, and that's without the Ballyboden St Enda's players. Laois gave them a really good game of it in the Walsh Cup, but Dublin followed that up by pushing Galway all the way in the semi-finals. They are a class above Laois, so Eddie Brennan can't afford to be going to Parnell Park in the final round needing to get a result.

Prediction: They have a good manager at the helm but are probably not at the same level as Galway or Waterford at the moment.

Team News: Having lost last year's All-Ireland final, Míchael Donoghue responded by calling in 10 new players, the most eye-catching Fintan Burke, Kevin Cooney and Cianan Fahy. They will be missing a lot of players for the Laois game, with Daithí Burke (Corofin) and David Burke, Conor Cooney, Fintan Burke and Shane Cooney (St Thomas) all tied up with their clubs. Joseph Cooney and Johnny Glynn are abroad and John Hanbury (work commitments) will all miss the early rounds of the league.

Prediction: They are missing a lot of players but have plenty of talent in the county. A really tough start for Laois, they look like probable champions.

Play Laois On: February 16 in O'Moore Park at 7pm.

Team News: Much like their footballers, there has been plenty of flux on the Offaly hurling panel. Sean Ryan has retired, Dermot Short, Conor Doughan and Adrian Cleary are not involved this year, while Joe Bergin and Shane Dooley have yet to feature this year. Cillian Kiely has also just rejoined the panle, but he, and Bergin and Dooley, could be back up to speed when the game with Laois rolls around on February 16 in O'Moore Park.

Prediction: Along with Laois and Carlow they are probably targeting fourth place and the safety that comes with it. Probably the strongest side of those three, but far from infallible.

Team News: Despite failing to fire last year, they mood is good in Waterford. Paraic Fanning, part of the Laois backroom team under Cheddar Plunkett, is a popular appointment. Conor Gleeson (injured) and Tom Devine (abroad) will miss the earlier rounds of the league, while the Ballygunner players are also busy with club commitments. Kevin Moran and Brick Walsh are still soldiering on while Maurice Shanahan may yet join up with the panel, althoug he is not involved at the moment.

Prediction: Fanning is a serial winner and will get the best out of this group. They'll push Galway hard for promotion.